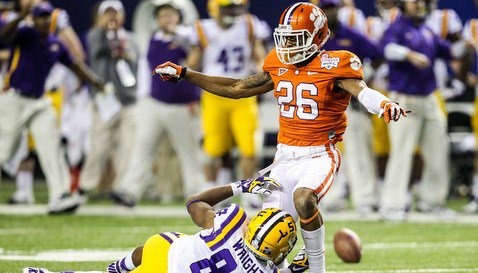 Yesterday was a great day to be a Clemson Tiger.

Brad Brownell
Head Coach
View Full Profile 's basketball team went down and grabbed an ACC road win in Tallahasssee and improved to 6-4 in the league. It was the fourth straight ACC win. That hasn't happened around here in the last 18 years.

The day got off to a great start with another great recruiting class for the Class of 2015. There was little drama and 26 prospects became Tigers in the highest rated class in Clemson history. There was such a lack of drama that the class was signed, sealed and delivered by 9:15 AM.

The day continued to go well with three commitments for the Class of 2016. Jamie Skalski a linebacker out of Newnan, GA picked Clemson over South Carolina. Wide receiver Cornell Powell of Rose High School in Greenville, NC selected Clemson over a host of schools that included Ohio State, Alabama and Florida State.

The day ended well when the state of South Carolina's top junior committed to the Tigers when Spartanburg High School superstar Tavien Feaster selected Clemson. Feaster is a national top 50 player and the nation's number two running back according to rivals.com.

ESPN flooded its airways and broadcasts with news of Clemson signees. Dabo Swinney

But to me the best thing that came out of yesterday was the level of expectations and the perception of this program.

When DaQuan Bowers helped the Tigers into the national spotlight on signing day of his senior year in Bamberg, the reaction of a highly rated class at Clemson came as a surprise to many across the country. That didn't happen yesterday.

C.J. Spiller
Pro Running Back
#28 5-11, 195
Lake Butler, FL
View Full Profile strolled up to the mic and selected Clemson over Florida and Florida State the reaction across much of the college football world was one of shock. There is no shock now.

Clemson surprised many when it upset LSU in Atlanta three years ago. Fewer were "shocked" the following year when Clemson upset Ohio State in Miami. This past year even fewer were "shocked" when the Tigers beat Oklahoma in Orlando. People were surprised by the wins because the Tigers were underdogs, but they weren't shocked a program like Clemson could beat programs like LSU, OSU and OU.

Yesterday ESPN announcers didn't make a big deal out of the Tigers being in the top five in recruiting. The name Clemson rolled off of their tongues the same way Alabama, FSU, Ohio State and Southern Cal did.

To me, that was the best news.