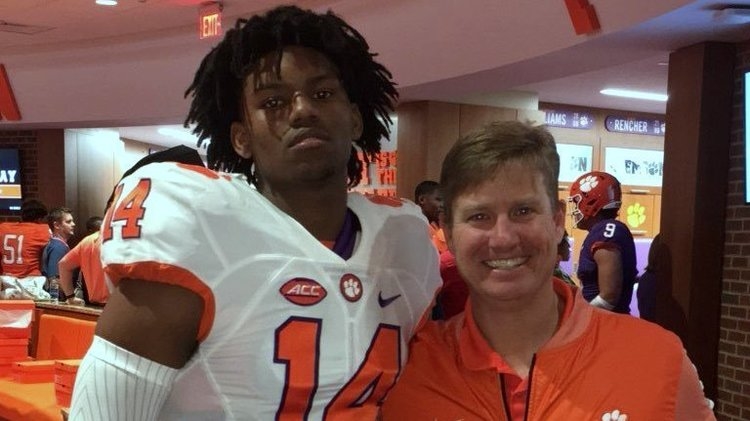 Elite Junior Day brought in its first major impact with a commitment from four-star linebacker Kevin Swint out of Carrollton, Georgia.

Swint is rated as high as the No. 4 outside linebacker in the nation and the No. 81 prospect overall (ESPN).

He posted 13 tackles for loss (3.5) with 60 total tackles, five pass breakups and two caused fumbles as a junior. He has averaged 71 tackles per season at Carrollton with 65 coming for loss.

“The first thing I think about it is I think they're building a dynasty with Dabo (Swinney). He recruits a great

class. He doesn't really have a whole bunch of four and five stars. He recruits the guys that he

knows are going to get the job done. That's really how I think about Clemson.”

He is the sixth commit in Clemson's 2020 class, joining fellow four-star defenders in DT Demonte Capehart (No. 49 in 247Sports Composite overall) and ILB Sergio Allen (136). Four-star DT Tre Williams (96) committed later on Saturday for a seventh 2020 pledge to move the Tigers up to fourth in the 247Sports 2020 team rankings.

Great Day to be a Clemson Tiger?? #WE2DEEP20 #ClemsonFamily #ALLIN