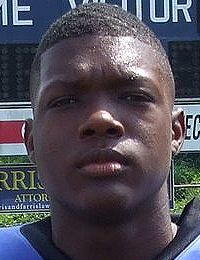 View Full Profile (Wilson, N.C./James B. Hunt), who was committed to Ohio State's 2013 class in April but reopened his recruitment a week later, says he'll announce his decision on July 4. A post from his Twitter account on Tuesday:

"Well July 4th everybody will know tomorrow evening where I am going! I thank god for everything hes done! And I know he's done yet!"

LSU is widely considered the favorite, though Neal said he hasn't ruled out the Buckeyes. He also holds offers from Clemson, Kentucky, N.C. State, South Carolina, Tennessee and Vanderbilt.