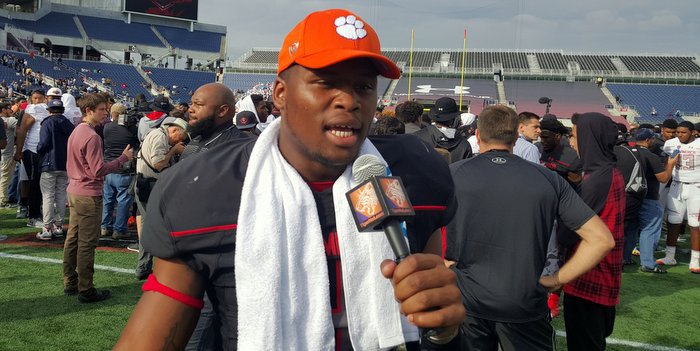 The Clemson football team had a very successful 14-1 season and was a play or two from winning the National Championship versus Alabama.

However, not is all lost after the heartbreaker as the 2016 Clemson recruiting appears to be on the same level as the impressive play this past season on the field.

One of the more exciting elements for Clemson fans should be that all three blue-chip recruits are already enrolled early at Clemson.

Clemson has the second-most Rivals 100 prospects in the nation with four (Ohio State leads with 7) as wide receiver commit Cornell Powell checked in at #36 overall barely missing a 5-star ranking.

In overall Rivals.com team rankings, Clemson is ranked #6 overall and #2 overall in average stars per player (behind only Georgia).