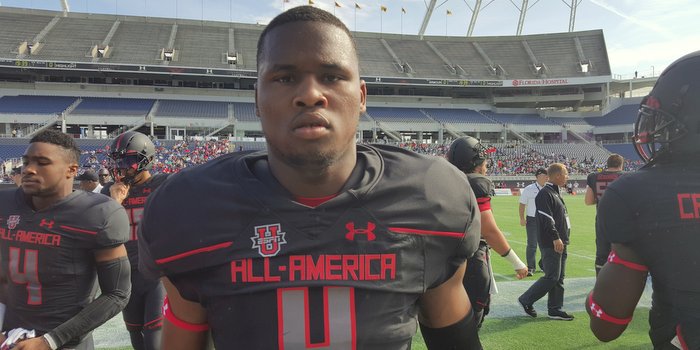 The Bradenton (FL) IMG linebacker was committed to Clemson until August when he de-committed to take his official visits. After visiting Auburn, LSU, Maryland and Clemson, Smith ultimately decided to commit to Clemson.

After having a final four of Clemson, Auburn, Maryland and LSU, Smith cut the hometown Terrapins from his list last week.

Smith will graduate high school in December and plans to enroll in college in January.

GAMEDAY?? This One For The Ones Who Thought I Wouldn't Make It This Far, S/O To God The Kid Triple Blessed ?? pic.twitter.com/nGl5Q6CGaJ