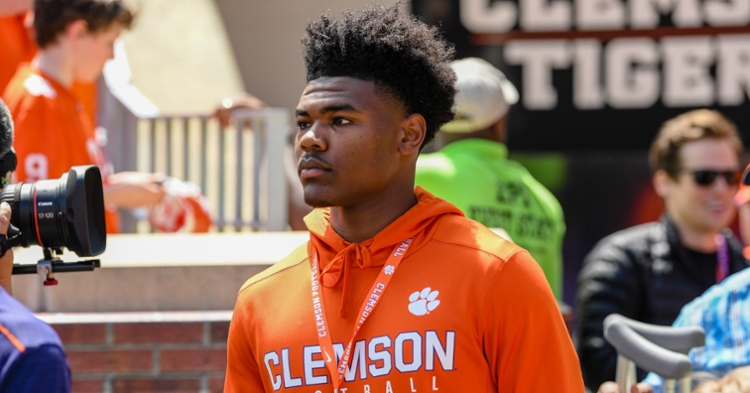 Five-star Charlotte (N.C.) linebacker Trenton Simpson announced a commitment on Saturday shortly after picking up a Clemson offer while on campus for a final official visit.

The commitment gives Clemson 22 pledges for the 2020 class and moves it back to the No. 1 spot in the 247Sports Team Composite Rankings.

"Blessed And Honored To Say I Just Received An Offer From Clemson University!!!" Simpson posted on Twitter Saturday before the announcement.

He had previously set an announcement for signing day.

In the 2020 linebacker class, Clemson is also a leading contender for the No. 1-rated inside linebacker, Justin Flowe, who is expected to announce during the early signing period Dec. 18.

The commitment of Trenton Simpson does not affect Justin Flowe at all. Still looking like a #Clemson #ALLIN and #Oregon #GoDucks contest to Wednesday. @PaulStrelowTI