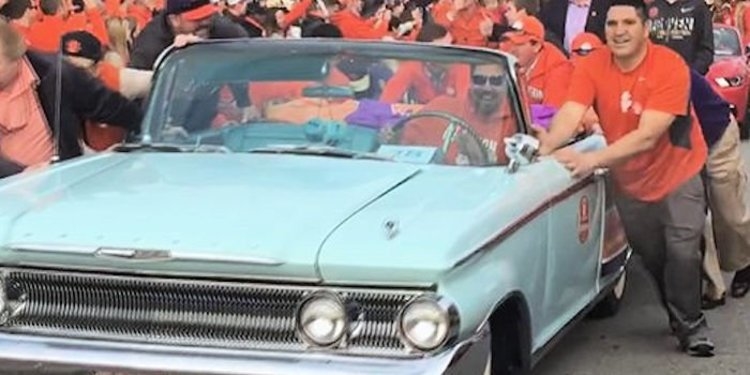 The Clemson community celebrated the team's first National Championship in football since 1981 on Saturday.

The beginning of the day there was a victory parade that went from downtown Clemson to Memorial Stadium. One older vehicle had some car troubles in the parade and Clemson fans came to the rescue to push the vehicle out of the way so it would not slow down the festivities for everyone watching.

Big shoutout to those Clemson fans that helped the parade run smoothly and helping out.