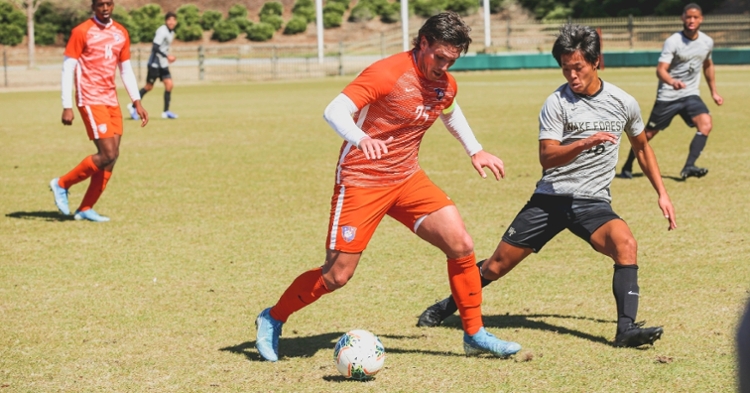 KANSAS CITY, Mo. – United Soccer Coaches announced earlier today that it has tabbed the Clemson men’s soccer team as the nation’s second-ranked squad in its first poll of the season. This is the highest-ranking Clemson has received to start a season since 1985 when Clemson was named the nation’s top-ranked team. Today’s poll marks the 173rd week that Clemson has ranked within the poll’s top five.

This season, United Soccer Coaches will be releasing a series of weekly Top Five polls featuring teams that are playing during the fall season. The Atlantic Coast Conference is represented amongst all five spots in this week's poll. Wake Forest occupies the top position, while Virginia, Pittsburgh, and Notre Dame trail Clemson.

In the ACC’s preseason poll, Clemson was voted by the league’s head coaches to win the conference title and be crowned South Region champions. Clemson will play six ACC matches this season along with two non-conference matches.

Clemson men's soccer will begin its 61st season on Oct. 1 in Columbia, S.C., as the Tigers face the South Carolina Gamecocks at 7 p.m.