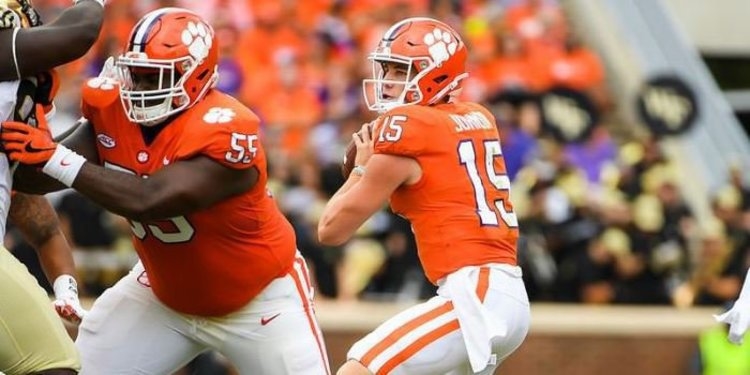 Clemson, S.C.— Quarterback Hunter Johnson has decided to transfer from the Clemson football program. Head Coach Dabo Swinney made the announcement on Monday after meeting with Johnson over the weekend and granting him his release.

“While it is always disappointing to lose a great person and a great player, I am so thankful to have had the opportunity to work with Hunter and watch him grow and develop over the last year and a half,” said Swinney. “Hunter is one of the best young men I have ever coached and has a very bright future ahead of him.

“I wish him all the best as he decides on his destination.”

As a freshman last year in seven games as a reserve quarterback, Johnson completed 21 of 27 passes for 234 yards and two touchdowns for the Clemson team that finished 12-2, won the ACC Championship and advanced to the College Football Playoff. His completion percentage of .778 was best in the nation among quarterbacks who threw at least 25 passes.

Johnson came to Clemson from Brownsburg High School in Brownsburg, Ind. He was ranked as the top quarterback in the nation by ESPN.com and was the Most Valuable Player of the US Army All-American game. He was named Mr. Football in the State of Indiana in 2016.

“I want to thank Coach Swinney and the Clemson family for giving me the opportunity to be a part of something special,” said Johnson. “I’ve met some amazing people who I will forever call family. I am a better man and a better football player because of my time spent at Clemson. Go Tigers!”