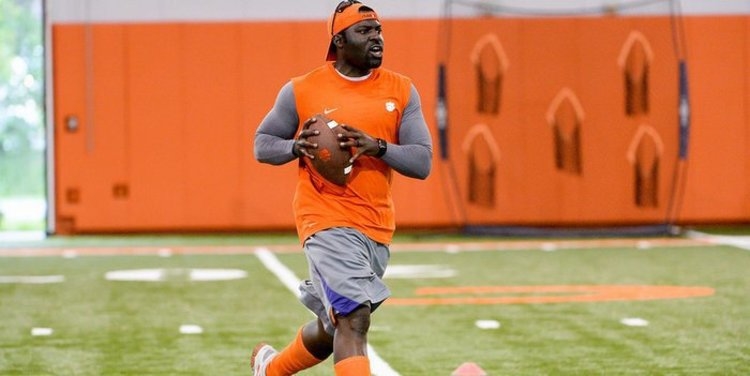 Greenville, SC: First round of voting concluded Monday, December 11th for the South Carolina Football Hall of Fame (SCFHOF) Class of 2018. In September, 55 modern-era and nine Legacy nominees were chosen that have ties to South Carolina either at one of the state’s 13 collegiate football programs or lived in the state at some point during their childhood. The vote is determined by sports media, the SCFHOF Board of Advisors and Directors, and supporting members of the SCFHOF via an online ballot at www.scfootballhof.org. Due to the results of the vote, the SCFHOF has revealed 17 modern-era and three Legacy finalists eligible to be part of a five-person (1 Legacy) Class of 2018 to be enshrined at their 6th Annual Enshrinement Celebration presented by IAG on April 19, 2018 at the Embassy Suites at Verdae in Greenville.

The 17 modern day finalists boast six with University of South Carolina ties, five with ties to Clemson, and two with ties to Furman and The Citadel. South Carolina State and Presbyterian College also have a representative. Three of the finalists were born in South Carolina and went out of state to play at Florida State, Georgia, and Marshall respectively. The three Legacy finalists represent Clemson, the city of Charleston, and Erskine College. The final round of voting is open now through January 19, 2018.

· Woody Dantzler- Orangeburg/Clemson: 1st QB in NCAA history to throw for 2000 and run for 1000 in same season

· Todd Ellis- U of SC: Set 26 Gamecock records as a QB during his playing career. Current “Voice of the Gamecocks”

· Steve Fuller- Enid, OK/Spartanburg/Clemson: His number 4 was retired at Clemson & 1st round draft pick of the Kansas City Chiefs in 1979.

· Dode Phillips- Bradley/Erskine College: Named best athlete of the first half of the 20th century in SC in 1950. Part of the Erskine and SC Athletic Hall of Fame.