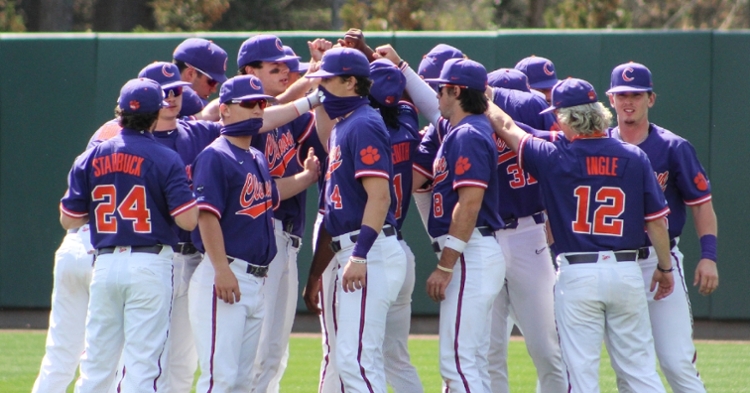 CHAPEL HILL, N.C. - No. 18 North Carolina scored five runs in the first inning on its way to a 5-3 victory over Clemson at Boshamer Stadium on Sunday afternoon. The Tar Heels, who swept the series 3-0, improved to 10-4 overall and 6-3 in the ACC. The Tigers fell to 5-8 overall and 1-5 in ACC play.

Tar Heel starter Max Alba (2-1) earned the win, as he allowed just two hits, both in the first inning, three runs and two walks with nine strikeouts in 7.2 innings pitched. Caden O'Brien pitched 1.1 innings to record his second save of the year. Tiger starter Carter Raffield (0-1) suffered the loss. For the second game in a row, the Clemson bullpen did not allow a run, as it pitched 12.1 scoreless innings over the last two contests.

The Tigers return home to face Georgia State on Tuesday at 6 p.m. on ACCNX.