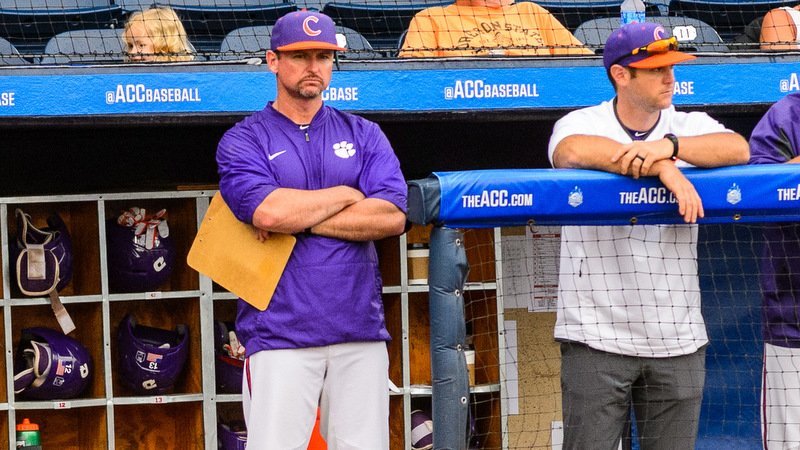 RALEIGH, N.C. – No. 16 NC State scored three runs in the first inning and cruised to an 8-3 victory to win the series 2-1 over Clemson at Doak Field on Sunday afternoon.

The first three Wolfpack batters walked and scored in the first inning, then Justin Hawkins hit a run-scoring single in the second inning for Clemson (30-22, 13-14 ACC). NC State (39-14, 16-11 ACC) answered with a run in the fourth inning on Dillon Cooper’s single. The Wolfpack added three runs in the sixth inning on Jonny Butler’s two-run double and Will Wilson’s run-scoring single. Michael Green hit a two-run homer, his second of the season, in the seventh inning. Wilson added a run-scoring double in the eighth inning.

Cameron Cotter (5-3) pitched 3.2 innings in relief to earn the win, as he allowed five hits, two runs and no walks with five strikeouts. Tiger starter Holt Jones (2-1) suffered the loss.

The Tigers travel to Conway, S.C. to take on Coastal Carolina on Tuesday at 6 p.m. in their final road game of the season.