Rice about to target Carter's head on the punt return

Rice not only celebrated over Carter after the hit, who was helped off the field and into the Clemson medical tent shortly after, but he also continued to make light of the hit by celebrating on the sidelines and appearing to mimic a sleeping motion to the crowd as he left the field.

Check out the video below.

However, Rice didn't stop with his unsportsmanlike antics as his Twitter account liked OVER 90 tweets about his targeting ejection play on Saturday.

Rice must go by the following famous proverb: "There is no such thing as bad publicity." 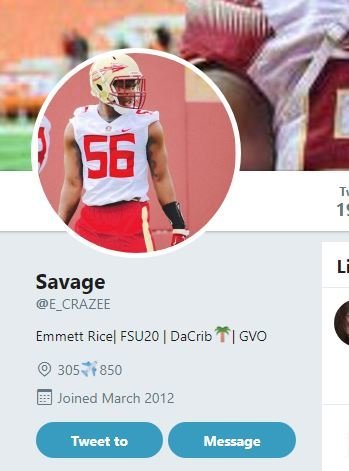 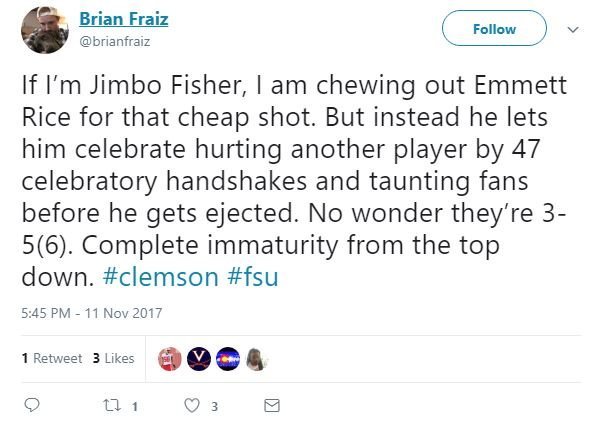 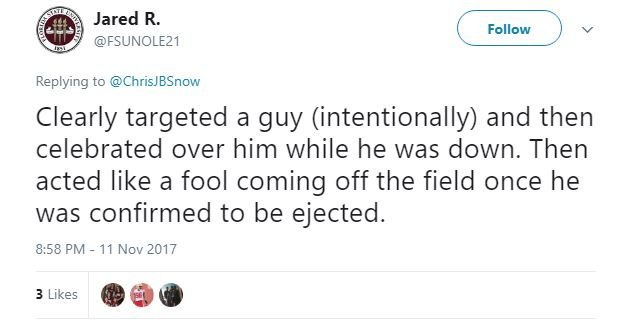 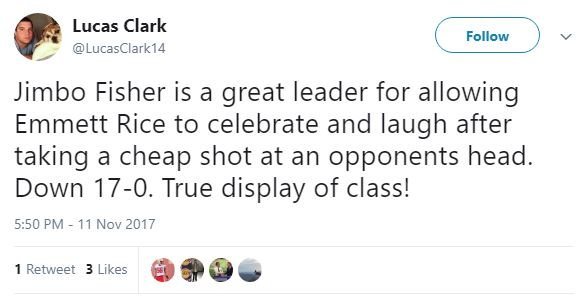 Here's the targeting call where Rice was ejected.