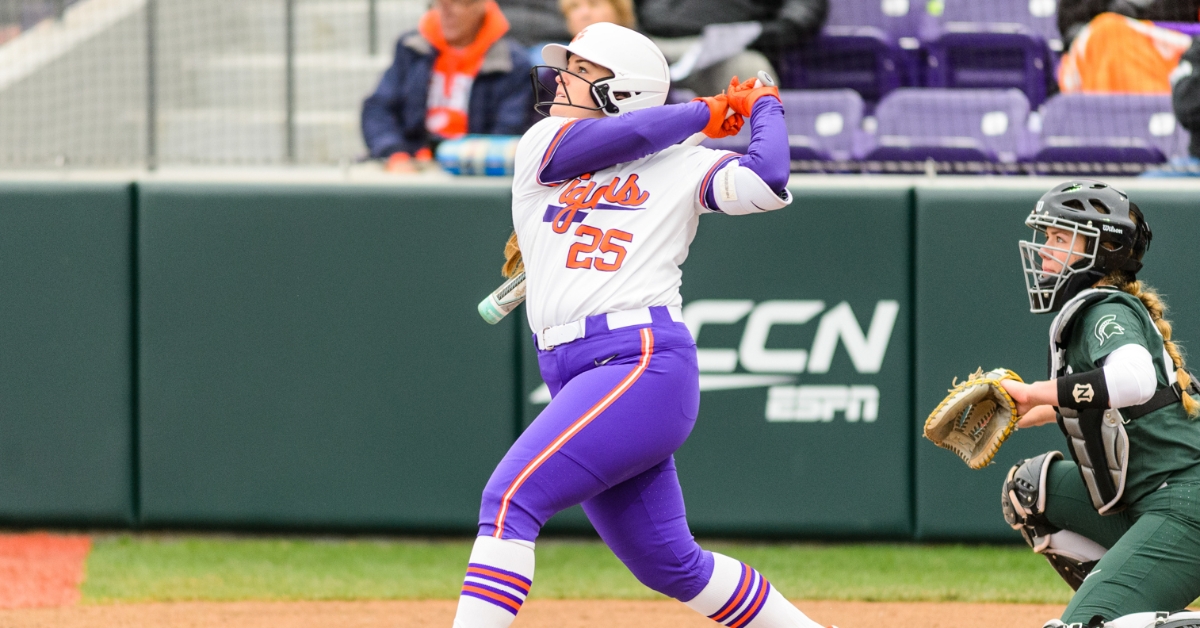 Logan Caymol held an 0.54 ERA with three wins in three appearances in the Big Ten/ACC Challengee.

CLEMSON -- The new Clemson softball program has plenty of momentum after spending the week in its friendly confines.

An average of 1,533 fans packed the 1,000-chairback-plus-berm-seating Clemson Softball Stadium for four Tiger wins in the Big Ten/ACC Challenge.

The week featured a new program-high in runs scored (21 versus Maryland) among many firsts over five-consecutive wins total, including a no-hitter from redshirt freshman Logan Caymol on Wednesday. The Tigers (7-4) started 2-3 in their first weekend of games at the UCF invitational.

“Certainly when you sweep a weekend in the second weekend in the history of your program -- it's special,” Clemson coach John Rittman said Sunday. “Certainly this team has a taste in its mouth and it wants more. They're going to continue to work hard. We'll get better as the season progresses. I think we plated a lot better than the first weekend.

“Had a little setback defensively (Sunday) and we'll continue to work on that. Keep growing as a team.”

Sunday did have four of Clemson’s 16 errors over 11 games so far, but they have had some cushion for those mistakes thanks to the power shown at the top of the lineup.

Freshman pitcher/outfielder Valerie Cagle leads Clemson and is among the ACC's best early with a .378 average, five home runs and 12 runs, only trailing junior Furman transfer Marissa Guimbarda in RBIs (15) -- Guimbarda also tied in home runs. Guimbarda, the 2019 SoCon player of the year, hit .500 with a home run in each game and nine RBIs over the Big Ten/ACC Challenge. Cagle totaled eight RBIs in one outing versus Maryland. 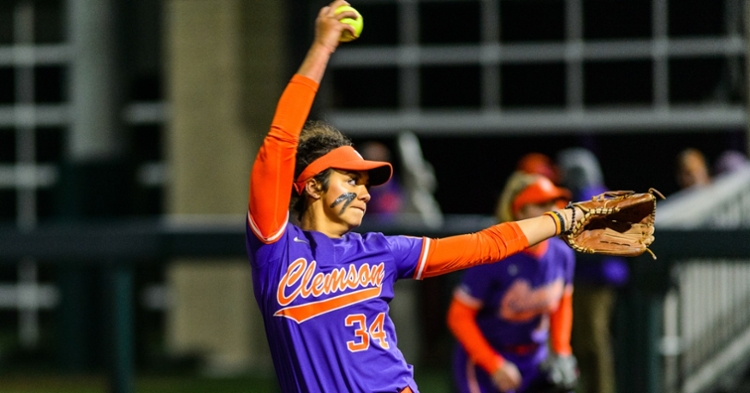 Logan Caymol held an 0.54 ERA with three wins in three appearances in the Big Ten/ACC Challengee."

“(It's been) huge. When we talked earlier in the year, that was what was going to be our identity is hitting the ball,” Rittman said. “We know that -- especially during a long weekend - that we're going to have to score some runs. Between the two of them, they have power and it's power to all fields, which is pretty unique and special. They're not just pulling the ball.

“They're hitting it all over the place. That's fun to watch. It's nice to have the power in the middle of the lineup like that.”

Guimbarda has brought across the go-ahead run in a couple Clemson comebacks already and Rittman and players have described the team as being “fighters.” They will be tested away from home again in a six-game road trip that spans from facing UNCG at Greensboro on Tuesday (3:30 p.m.) to a weekend at the Diamond 9 tournament in Kissimmee, Florida.

“When we get some adversity or get down, we know that we can pull this thing out. And we have the games under our belt to prove that.”