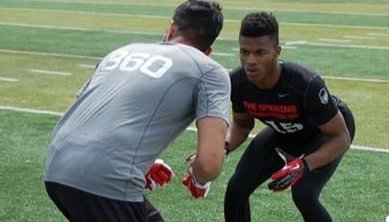 Clemson has made huge strides in recent years in recruiting and has upgraded the talent level at almost every spot. The next area of emphasis will be in the secondary and the next class of defensive backs at Clemson could be special.

This staff has set the program up for long-term success by recruiting NFL-type talent. At quarterback they have loaded up with Top 250 talent in five-stars like Deshaun Watson and Hunter Johnson and four stars like Kelly Bryant, Zerrick Cooper and Chase Brice.

At running back, Wayne Gallman broke the single-season rushing record this past season and four-stars like Adam Choice and Travien Feaster would love to continue to improve the production in the running game.

Perhaps the biggest jump has been on the defensive line. Five stars like Christian Wilkins and Dexter Lawrence combine with four stars like Austin Bryant, Clelin Ferrell, Xavier Kelly, Carlos Watkins, Scott Pagano, Albert Huggins and Nyles Pickney to give Clemson a group that is as talented as any in the country.

Clemson needed an injection of NFL talent at linebacker this past season and went out and signed two five-stars in Tre Lamar and Shaq Smith.

But the biggest need in the Class of 2017 is in the secondary. The game is played in space now and Clemson needed an upgrade and depth here. The next class could feature four or five prospects in the secondary. At this point, two corners and two safeties are critical. It is possible to see a fifth defensive back added at some point.

The Tigers picked up a huge key Monday with the commitment of four-star cornerback LeAnthony Williams. The Roswell, GA product chose Clemson after offers from about everyone that recruits the state of Georgia. Williams is a four-star prospect by all four major recruiting services and is ranked number 87 in the country according to rivals.com.

Other cornerbacks who have the Tigers high on their list include the nation's number 85 overall player in Deon Jones and top 250 players like Malcolm Askew and Jamyest Williams.

At safety, Clemson has a shot at the nation's number 42 player in Devon Hunter, number 49 in Xavier McKinney, number 64 in Cyrus Fagan and 92 in Davondre Robinson. All eight of those prospects were in town for the first junior day the staff hosted in January.

One of the most critical aspects of this program at this point is reloading in the secondary, but the Class of 2017 could see the Tigers ink the nation's top defensive backfield. It is conceivable to see Clemson sign four Top 100 players in the secondary.