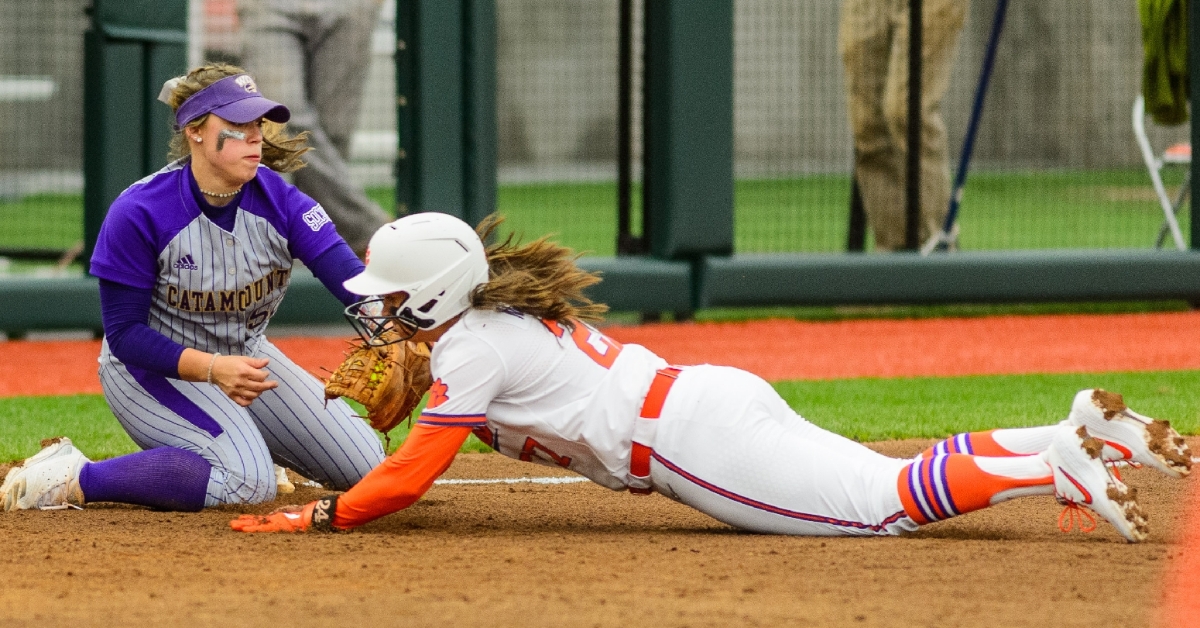 CLEMSON – Too many runners left on base spoiled the home opener for the Clemson softball program.

Clemson left seven runners on base and couldn’t get the big hit in crunch time as Western Carolina defeated the Tigers 2-0 in the inaugural home game for the Clemson softball program. Clemson was 0-for-7 with runners in scoring position.

“We had a couple of opportunities score [in the first game] and just couldn't get the timely hit and unfortunately they got two timely hits - and that softball sometimes,” said head coach John Rittman. “We had more hits than them and I thought we really played well. We just came up on the short end of the stick. I was really proud of our team the way they battled back in the second game.”

Valerie Cagle got the start and pitched well, surrendering two runs (one earned) in seven innings while striking out five and walking none. Hannah Goodwin had two hits for the Tigers. Savanah Rice got the win for Western Carolina, pitching the shutout. Western Carolina is 1-0 on the season while Clemson falls to 2-4.

The Tigers put two hits together in the second but failed to push a run across and then missed a golden opportunity in the third. With one out, Valerie Cagle beat out a slow roller to second and moved to third when Cammy Pereira sliced a double off the wall in left-center.

MK Bonamy lashed a liner to short that was caught for the second out and Marissa Guimbarda grounded out to third to end the threat.

A single by Ashlyn Long started the Catamount fourth, and she moved to second on a passed ball. That brought up Addie Pate, from nearby Seneca, and she lined a single over third that scored Long for a 1-0 lead.

Clemson missed another scoring chance in the bottom of the sixth. Guimbarda was hit by a pitch to lead off the inning, and she was replaced by pinch runner Arielle Oda. Hannah Goodwin singled through the left side to put runners at second and third with no outs. Grace Mattimore flew out to left for the first out, and Abi Stuart’s liner to third led to a double play that ended the inning.

Bailey Huneycutt hit the first home run in the new stadium when she launched a ball over the wall in right for a 2-0 lead.

Cagle walked with two out in the bottom of the seventh, but Pereira lined out to left to end the contest.

The second game of the doubleheader is up next.