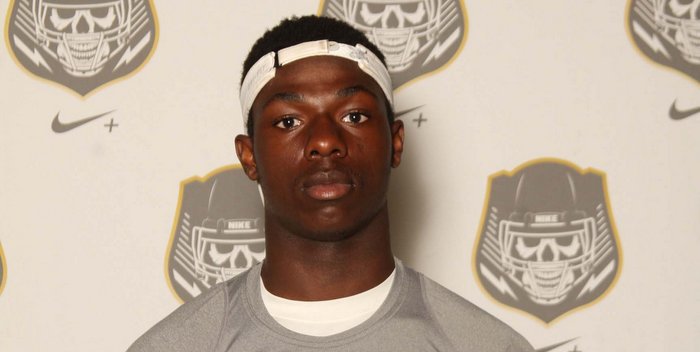 Bell will make his decision on December 1st

Secondary coach Mike Reed and defensive coordinator Brent Venables lost three safeties following the 2015 season, and might be looking into New Jersey to refill the ranks with a December decision from the top-ranked player in New Jersey.

Four-star safety prospect Markquese Bell of Bridgeton (NJ) announced a few days ago that he would make his college decision on December 1st, and the Tigers appear to be firmly in the mix. In addition to being the number one prospect in the state of New Jersey, Bell is also ranked No. 93 in the ESPN 300.

Bell told TigerNet on Saturday that there isn’t a lot of significance to the date, but that he does want to get the decision out of the way so he can enroll in school in January.

“It was just that I had to pick a date before National Signing Day because I want to enroll in January,” Bell said. “It was just a date that I had picked. It's before Christmas so that I can focus on my family at Christmas. There wasn't any significance to the date. I just want to get the feel of the school and stuff and get the hang of it. I want to get some early credits in and stuff like that.”

Bell will make his decision on December 1st "

However, Clemson, Michigan and Rutgers appear to be at the top of the list.

“I don't really have a list of top schools. I might release a top seven soon, but Clemson is pretty high on my list right now,” he said. “I like the campus and the people around the campus. The players really seem to like the school. When I went there for my visit (in June) I was surprised at how nice the campus is.”

Bell was unable to meet with head coach Dabo Swinney or Reed during his June visit, but has developed a bond with his area recruiter – Venables.

“I talk to Coach Venables. He just tells me to stay humble,” Bell said. “He tells me how great Clemson is compared to all the other schools that they compete against.”

Bell said he might make a decision via Bleacher Report – much like 2017 Clemson wide receiver commit Tee Higgins – but hasn’t made a final decision. He also said he hopes to make it back to campus for a game this fall.