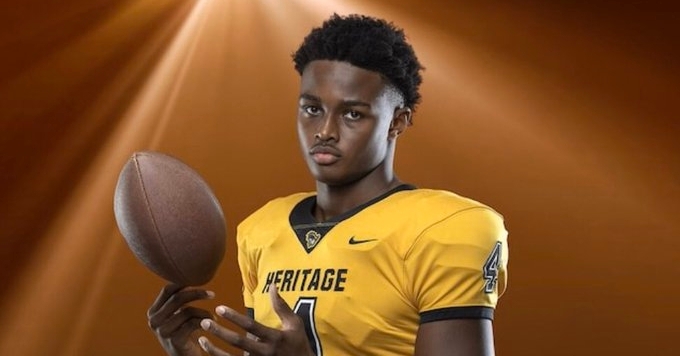 Turner was named the Broward County defensive player of the year.

It didn’t take long for the Clemson coaches to identify some of their top targets at defensive end, and one of those targets is Dallas Turner.

Five-star defensive end Korey Foreman out of Corona (CA) Centennial de-committed from Clemson last week, opening the door for the Tigers to take another defensive end. The coaches are looking to take just two defensive ends this cycle and already have a commitment from Cade Denhoff, a 4-star prospect out of Lakeland (FL) Lakeland Christian.

Clemson didn’t waste time in contacting Turner, a 4-star prospect (6-4, 228) out of Fort Lauderdale (FL) St. Thomas Aquinas. Turner is rated a four-star prospect in the 247Sports Composite and is a national recruit. And Clemson has joined the mix of his favorites.

Turner also holds offers from Alabama, Auburn, Florida, Georgia, Arkansas, Texas, Stanford, Oklahoma, North Carolina, Michigan, Texas A&M, Ohio State, Ole Miss, Penn State, Florida State, Miami and LSU. He’s not formulated a favorites list but when he gets around to a top ten or so, Clemson will be there.

“They are still high on my list,” Turner said. “Now they are in the top ten. Coach (Lemanski) Hall and Coach (Brent) Venables like my my quickness and my motor, just how I play the game.”

Turner finished his junior year with 74 tackles and 18 tackles for loss in addition to his 15 sacks. He also caused three fumbles. With Turner helping lead the way, the Patriots allowed an average of only 13 points per game. For his efforts, Turner was named as the Broward County Class 5A-1A defensive player of the year.

Turner is ranked the No. 6 weakside defensive end nationally and the No. 18 prospect in Florida in the 2021 class.