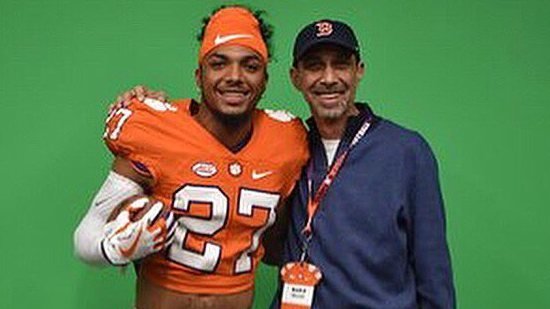 The Clemson coaching staff is doing its best impression of a pirate, raiding the southern part of Florida for some of the area’s best players, right in the backyard of the Miami Hurricanes.

Mellusi picked up a Clemson offer on a visit to Clemson a week ago.

“To be honest with you, I knew after the visit. I’ve been wanting to get an offer from Clemson for the longest time,” Mellusi told TigerNet shortly after the commitment. “It was just a matter of me sitting down with my family and letting them know. They were all on board and they all supported me and that was that.

“I was on the phone with Coach Swinney not too long ago. He already knew because I was talking to Coach Elliott about it. He was fired up. He was really happy.”

Mellusi said the Clemson coaches didn’t have to sell him on the program.

The Hurricanes finished a close second, and he says he doesn’t mind moving away from home.

“A part of college and a part of growing up is getting away from your family and whatnot. Miami was probably the runner-up,” Mellusi said. “That was probably one of my favorite schools going into the Clemson visit. I want to be my own person and I felt like Clemson was my opportunity to have a family away from home and would open me up to new things and allow me to be my own person. Miami was just not going to give me that because home is 20 minutes away.”

The visit to Clemson let Mellusi see all he needed to see.

“It was incredible. From the facilities to the coaches being fired up every day,” he said. “Coach (Dabo) Swinney and the environment itself are incredible. They take academics and football really seriously. The football speaks for itself. That’s not why I made the decision. It’s the atmosphere and it’s the coaches that really pushed me to commit.”

Running backs coach Tony Elliott is stingy with his offers, and Mellusi takes pride in being one of the few.

“It shows hard work because Coach Elliott, he’s really particular with who he offers and who he wants to be a part of running back room,” he said. “Once I was sitting in the room with the other running backs, it’s a family. They’re all really close. It was a great feeling for me.”

Mellusi hopes to bring his mom up for a visit in the next week weeks.

“I’m going to try to bring my mom up there within the next couple of weeks because she wants a chance to get to see it,” he said.

He is rated as high as the No. 15 RB in the nation and was offered by the Tigers on a visit last week.

His commitment is the ninth in the 2019 class for Clemson and a fifth in the last four days, joining 5-star WR Frank Ladson, 4-star QB Taisun Phommanchanh, 3-star safety Lannden Zanders and 3-star linebacker Bryton Constantin. He elevates Clemson's rank to 9th in 247Sports' Composite team recruiting rankings after being 26th to start Saturday.