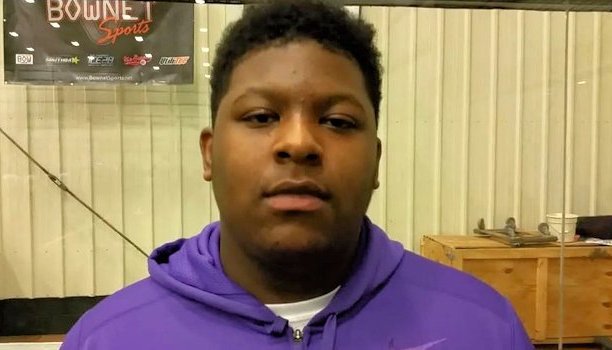 Ruiz says he hopes to get to Clemson for a visit

One of the nation’s top offensive linemen for the 2017 recruiting cycle picked up a Clemson offer Tuesday, and it was all because of advice he took from a former Clemson commit.

Cesar Ruiz of Bradenton (FL) IMG Academy is rated as the No. 1 center in the nation by 247 and No. 3 by Rivals. The 6-3, 300-pounder is a high school teammate with former Clemson commit and linebacker Rahshaun Smith, and Smith told Ruiz he needed to follow defensive coordinator Brent Venables on Twitter.

The follow turned into an offer, as Ruiz explained to TigerNet Tuesday evening.

“I had a teammate who was formally committed to Clemson, Rahshaun Smith, and he was telling me that Clemson was going to offer you, Clemson is going to offer you,” Ruiz said. “He told me to follow Coach Brent back, the coach that recruits our area. I didn't know he had followed me. I guess he had followed me for a while and I just realized it and I followed him back and he said, ‘You know we want you at Clemson. You have an offer. We love the way you play.’ That's how I got the offer.”

Ruiz has offers from Alabama, Auburn, Miami (FL), Michigan and Tennessee among others, but said getting an offer from the nation’s number one team was special.

“It feels great. I'm honestly truly blessed to have another opportunity to play football at another school,” he said. “It feels great to have an offer from the number one team in the country. I know Clemson is doing big things with the program.”

The next step in Clemson’s recruiting process will be to get Ruiz on campus for a visit.

“Yes, I really do want to take a visit to Clemson,” he said. “I hear a lot of good things about it. I really want to take a time out and find out a good time I can visit.”

Ruiz said he has seen Clemson on television but wants to find out more about the program.

“On Saturdays, I go to a friend’s house and we watch football games all day,” he said. “Clemson is always a game that I watch a lot. I really don't keep up with them much. I just know they are a really good team and I like to watch Clemson on TV a lot.”

Ruiz is originally from New Jersey and originally thought he wanted to play closer to home, but his time at IMG has taught him that he needs to pick the school that’s the best fit and not worry about geography.

What kind of player would the Tigers be getting if they could sign Ruiz?

“I have great fundamentals and I have great technique. I'm really a dog on the field,” he said. “That separates me a lot from different centers in the country. I have great lateral movement. I can get to the second line pretty fast. A lot of the schools tell me I do that pretty well.”

Beyond Blessed to have received my 17th offer from Clemson University ?? #ALLIN pic.twitter.com/AcXdTbvjg7