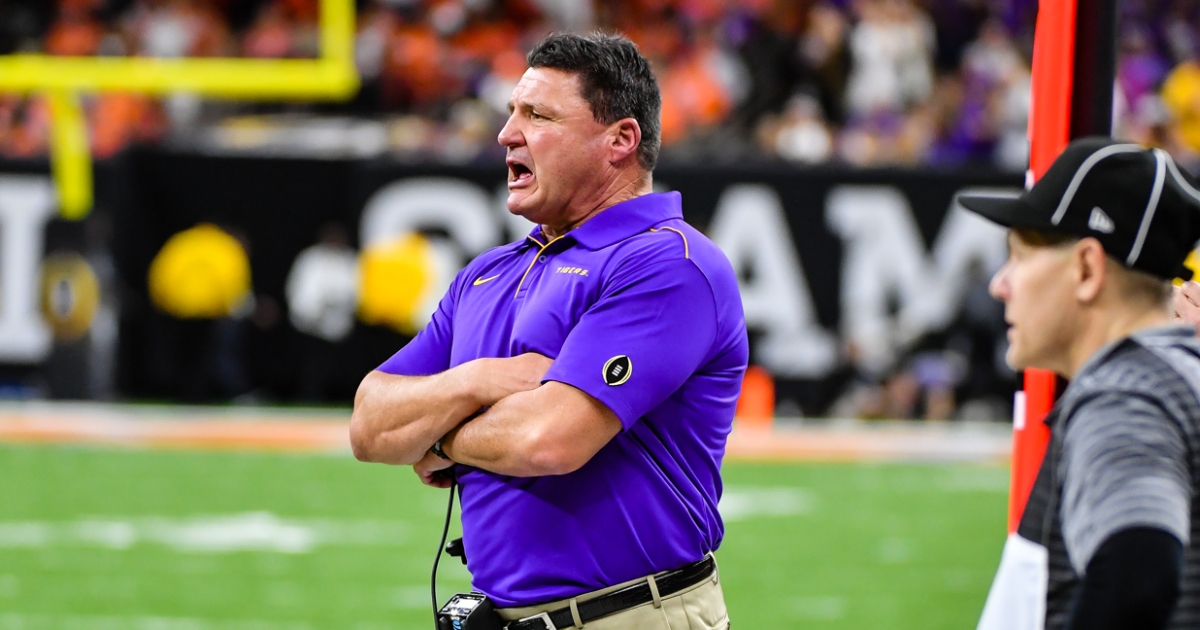 This weekend finally gave us a full slate of amazing college football matchups. I nearly got carpal tunnel from flipping my remote from one great game to the next. What a perfect weekend for Clemson to have an open date! Here are some of my biggest takeaways from the action.

Maybe Miami is for real this time?

I’ve been extremely cautious buying into the Miami hype in years past. That’s not going to change now, but some of their improvement seems legitimate. Transfer QB D’Eriq King is a dangerous running threat and looked very good passing the ball on Saturday. He threw for 267 yards and two TDs to go with a team-leading 65 rushing yards in the Hurricanes 52-10 win over Florida State. We haven’t seen a QB with this type of upside at Miami in a long time. Running back Cam’Ron Harris and tight end Brevin Jordan are also proving to be big time weapons for an offense that has found new direction under offensive coordinator Rhett Lashlee.

Of course, this should all be taken with a grain of salt because Miami’s three wins have come against UAB, 1-2 Louisville, and 0-2 Florida State. I’m still skeptical they can really battle with the heavy weights like Clemson, Alabama, or even Florida, but a top-10 matchup in Death Valley on October 10th will be a blast either way.

Rebuild may be worse than expected for Florida State

FSU appears to have a long rebuild ahead of them. Georgia Tech, who beat them in Tallahassee in their first game, has turned around and lost to UCF and Syracuse since then. Miami absolutely dominated FSU in a 52-10 win. Hopefully some combination of North Carolina, Miami, and Virginia Tech can provide the ACC some strength because it may take Florida State several years to solve their issues.

Georgia beat Arkansas 37-10, but it was not as smooth as the final score may appear. QB JT Daniels was not cleared to play (knee), adding more questions to the Jamie Newman opt-out. D’Wan Mathis started, but was a paltry 8/17 with an interception before being replaced by Stetson Bennett. The Dawgs trailed Arkansas 5-7 at halftime. Bennett had a good day behind center, which lends some optimism, but the fact that Newman didn’t opt-out because JT Daniels was healthy and excellent has to be discouraging for Dawg fans.

Conversely, QB Kyle Trask and the Florida Gators offense looked excellent. Trask threw for 416 yards and six TDs. 6’6” TE Kyle Pitts caught four of them. Pitts will present major matchup issues in the weeks to come. With the advantage at QB and a friendlier SEC West slate (Ole Miss, Texas A&M, LSU, Arkansas) than Georgia (Arkansas, Auburn, Alabama, Mississippi State), the Gators have to be the favorite to win the East.

Oklahoma defense is the same as always

Oklahoma lost QB Jalen Hurts, WR CeeDee Lamb, and RB Trey Sermon, but with Lincoln Riley, you knew the offense would still chug along in Norman. The question was whether or not the defense would continue improving. After ranking near the bottom of the country two years ago, they were a decent 38th in total defense last season (357.1 yards allowed per game). With most of their starters returning, it seemed incremental improvement was inevitable.

Nope! They coughed up a 28-7 lead to the same Kansas State team that lost at home to Arkansas State in their previous game. I don’t know how the committee can trust Oklahoma for a long while, and they should now view the SEC runner-up or even a potential undefeated AAC champion as better potential playoff picks.

The 2019 LSU Tigers deserve to be in the conversation for the best college football team of all time. The program though? It is still a clear notch below Clemson, Alabama, and Ohio State. It was vexing to see LSU ranked No. 6 in the first poll of the season. Joe Burrow had the best year a college QB has ever had, but he’s on the Bengals now. Joe Brady designed an incredible offense for him as the OC, but he’s in Carolina with Matt Rhule coaching the Panthers. DC Dave Aranda got the defense clicking on all cylinders in time for the postseason, but he took Matt Rhule’s old job at Baylor. LSU led all teams with 14 players selected in the NFL draft and then had several opt-outs including star WR Ja’Marr Chase. Finishing around .500 always seemed more probable than being the 6th best team in the country.

On the flip side, it was awesome to see Mike Leach’s air raid system take the SEC by storm. I’ve always found him to be a fun coach. His Bulldogs will be the underdog against a swath of SEC West behemoths in the coming years. They’ll be fun to cheer for with their high-flying style that set the SEC single-game record for passing yards in their first game.