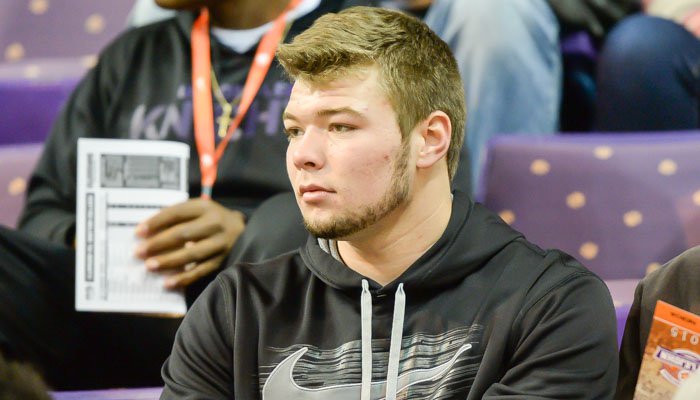 Clemson's defensive coordinator was at the helm for a Tiger defensive unit that finished first nationally in many different statistical categories, including the most important - total defense.

It's no secret that Venables has been the driving force behind Clemson's defensive turnaround, so it's no wonder that defensive recruits want to play at Clemson. It's something that 3-star linebacker Jamie Skalski

Jamie Skalski
Linebacker
6-1, 225
Newnan, GA
View Full Profile out of Newnan (GA) Northgate may decide to do when he announces his decision Wednesday morning.

Skalski told TigerNet recently that seeing the success that Venables has had with linebackers like Stephone Anthony, Tony Steward and Ben Boulware makes him want to be a part of that elite group.

"I really want to be a part of that group," Skalski told TigerNet recently. "Coach Venables turns guys into great players and I want to be part of that. He's intense. Every aspect of everything he asks his players to do, there is always a certain level of intensity and I like that a lot."

The 6-1, 225-pound outside linebacker attended Clemson's elite junior day last weekend and said that seeing the academic facilities was just as important as seeing the athletic side as he mulls over a potential business major.

"It went great. The academic standards and the massive football stadium are what I liked the most," Skalski said. "The basketball game was a lot of fun. We saw everything. I'm just looking for a really good school and a really good football program."

Skalski also said he had an opportunity to continue building his relationship with Venables.

"It was great. It was just a normal visit," he said. "It was like every other time that I've been with him. We just hung out. I think he wants me to come to Clemson so there's nothing new that we really need to talk about."