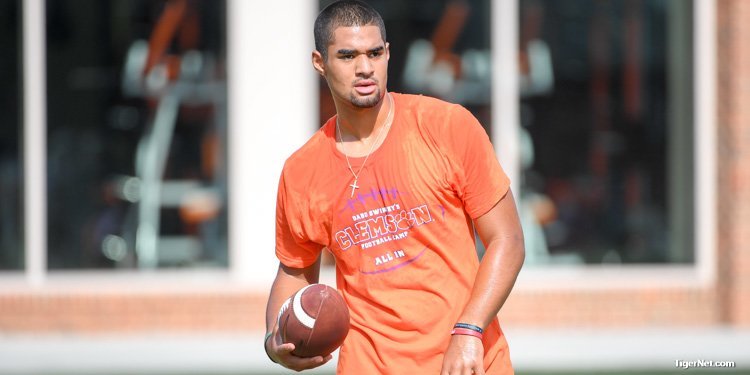 How do you make sure the nation's top-rated quarterback for 2020 has a good time on his visit? Make the visit fun, make it all about family and throw in a little magic from the oculus.

D.J. Uiagalelei (pronounced ooee-onga-la-lay), out of Bellflower (CA) St. John Bosco, is rated as the top quarterback nationally by many scouting services. The 6-5, 235-pounder has all of the national offers you would expect but made the trek to Clemson last week minus an offer from the Tigers.

That changed shortly after arriving on campus, all part of a whirlwind trip East that saw him visit Alabama and Georgia.

Clemson is a school the California native has followed closely, and a lot of that has to do with quarterbacks like Tajh Boyd and Deshaun Watson.

“I have always seen them on TV. I would watch Clemson and think, wow, that is a pretty cool school. I like the coach, Dabo Swinney, and I like all of the players that have come out of there like Deshaun Watson and Tajh Boyd,” Uiagalelei said. I grew up a Clemson fan. I have always liked them a lot, and I like the culture they have over there. I like watching them on TV and hearing the stuff from Coach Swinney. It looks like they are always having a good time out there.”

Uiagalelei and two coaches arrived on campus in the middle of the afternoon Wednesday, and his first sight of Death Valley was memorable. 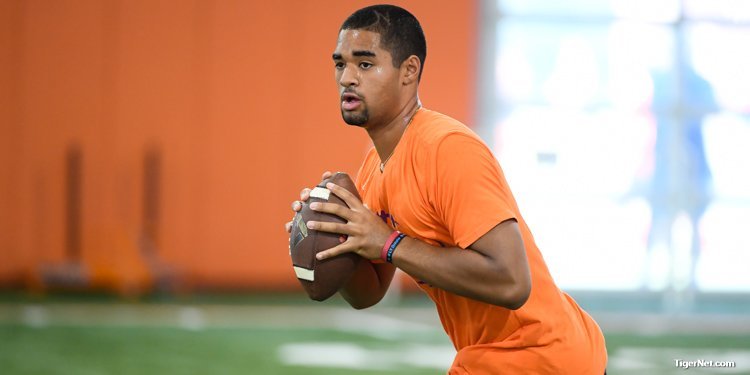 “We were driving and we saw the stadium, and I was like, "Whoa, this stadium is huge. This is a big old stadium.' We don't see stadiums like that over here,” he said. “And then that cylinder, the Oculus, that looks like the College Football Playoff Trophy and I was amazed that they had something there that looked like they had a big old College Football Trophy next to the stadium.”

That evening, a trip out to Lake Hartwell provided an unexpected surprise – an offer from quarterbacks coach Brandon Streeter.

“It was cool. It was a special moment to be out on the lake with all of the coaches,” he said. “To have them tell me there that they wanted to offer me a scholarship right there was something special to me. It meant something. “

Uiagalelei said the visit is the best he’s had and it’s not even close.

“The big one for me is the faith of the coaches. Every one of the coaches out there at the camp had a word of wisdom,” Uiagalelei said. “They all had something to say about Jesus Christ and God and you don't hear other coaches talk about that at other camps. They were talking about putting your faith in Him and through Him anything is possible. That was the main point and that was huge for me. That was the first time I've ever felt the presence of God at a college before. It was really cool.”

Next up? A return trip to Clemson in the fall for a game. For right now, however, the Tigers are in good shape.