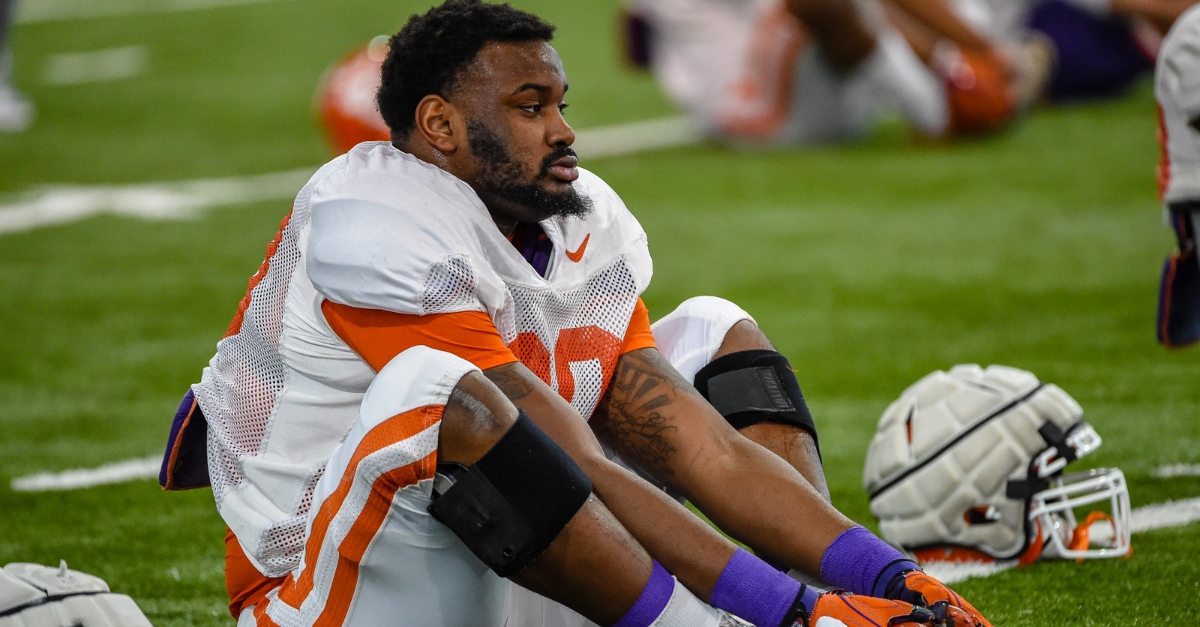 A simple prick of the finger might have saved Darnell Jefferies’ life.

Jefferies, a redshirt freshman defensive tackle out of Covington, Ga., struggled to maintain his weight during his first 18 months on campus, dropping as low as 260 pounds prior to the start of last summer. Clemson head coach Dabo Swinney and defensive coordinator Brent Venables both said publicly that Jefferies needed to gain weight – and keep it – if he wanted to be a part of the rotation at defensive tackle.

It was a battle Jefferies was losing, but a trip home and a conversation with his mother changed everything.

“I went home, and while I was there my mom mentioned that she knew I couldn't keep the weight on,” Jefferies told TigerNet. “So, she told me she wanted to check my sugar and she checked it and it was over 500. She told me when I got back to Clemson, I needed to get my A1C checked and they checked my sugar again, and they told me it was high enough for me to be in a coma, because it was over 600.”

The training staff didn’t waste any time in getting Jefferies to the hospital, where he was diagnosed as a Type 2 diabetic.

“They rushed me to a hospital and diagnosed me with being diabetic,” Jefferies said. “From there I started taking my medicine I've been eating better and I've been keeping the weight on. Every morning I take two pills.”

“Darnell is the perfect teammate. Whatever his role is, he is going to be ready for it,” Bates said. “Whatever that role is, he is going to be a star in that role. This past year, he was one of the reserve guys and he has been over there and been positive and he's staying ready if he's needed. He struggled early on because he is a Type 2 diabetic.”

Bates is looking forward to see what Jefferies can do with a full year of health under his belt.

“We found that out and we finally got him regulated and we got his weight started going back up. He has been nothing but solid since finding that out,” Bates said. “He has stayed positive through it all because that is his personality. He is going to do what you ask him to do, and I look forward to now that we have this regulated - we didn't find out until the end of the summer - and then he had to figure out the levels of insulin he would need to take and I am looking forward to what a year looks like for him.

“His energy was up and down and we took him and got his sugar checked and we had to look into it. We try to keep our guys in a five-pound window of where we want them, not a pound over and not a pound under. That was tough on him because he is a pleaser. I am just thrilled that he overcame that and we found out.”

Jefferies is up to a solid 288 pounds, and he credits his mother with helping save his life.

“The goal is 295 going into my junior year. If she hadn't checked it I might have never known,” he said. “She had a doctor's appointment earlier and she found she was diabetic herself, so she wanted to do the right thing and check mine. My dad also has it. So it was good we found out.”

Asked what he’s learned through the ordeal, Jefferies had an easy answer.

“I feel like I have learned to enjoy the moment and not worry about any other thing but the moment,” he said.