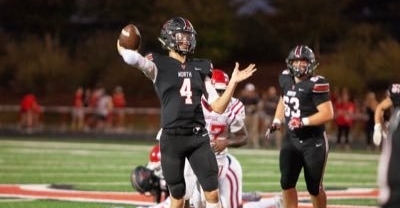 Clemson quarterbacks coach and passing game coordinator Brandon Streeter reached out to Bogart, Georgia quarterback Bubba Chandler last week and hopes to get Chandler on campus soon for a visit.

Chandler (6-3, 195) is a 2021 prospect out of North Oconee High School who is committed to the University of Georgia to play baseball. Chandler is a right-handed pitcher and shortstop who committed to the Bulldogs last June. However, his football recruiting is picking up steam (he has offers from Charlotte, Western Kentucky, and Troy) and several schools have opened the lines of communication.

“My head coach called me and said he had talked to both Mickey Conn and coach Brandon Streeter Wednesday,” Chandler told TigerNet. “He told me that Coach Streeter was going to call in a little bit and we had a great conversation. He was talking about how he wants to build a relationship with me, and he really likes my film and the way I play. He wants me to come on campus.”

Chandler would love to play both sports at the next level.

“I would love to do both and I think Clemson will offer me that. That would be nice,” Chandler said. “That is something I have always wanted to do is pursue both sports at the collegiate level. I haven't talked much to Coach (Bradley) LeCroy very much, but we've talked on Twitter. And then someone reached out to my father and said that he had spoken to them a little bit about me and they loved me. They recruited me a little bit before I committed to Georgia.”

Would Clemson be in the running if a scholarship was offered?

“No doubt I would seriously consider Clemson. You can see that they have won two National Championships and they are in contention every year,” he said. “They are the top-notch program from the football standpoint. They also have the nicest football facilities in the country. Death Valley is somewhere that is an awesome place to play. And Coach Swinney is a very Christian man and I am a very Christian man as well, so I love that about him. And from what everyone tells me, it is a real family up there and I like that.”

Chandler grew up pulling for Tennessee but has recently been rooting for the Bulldogs. However, there have been trips to Death Valley to see family friend and former Tiger walk-on tight end JL Banks play.

‘One of my good friends has been on the football team the past couple of years, JL Banks, and he got me and my family tickets to come up there and see him play. It was great,” he said.

“I am going to get up there as soon as all of this over,” Chandler said. “If Clemson offers me, they will definitely be at the top.”

Chandler led North Oconee to a 10-2 record and accounted for 30 total touchdowns.