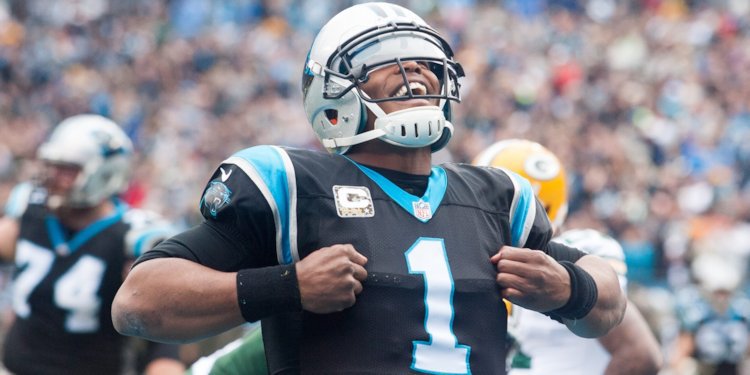 Former Heisman Trophy winners get a vote for college football’s most prestigious award, and 2010 Heisman winner and current Carolina Panthers quarterback Cam Newton already knows who will get his vote – Clemson’s Deshaun Watson.

The Tigers’ sophomore signal caller first met Newton when he was at Georgia’s Gainesville High School and participated in one of Newton’s 7-on-7 tournaments. A relationship was fostered, and Newton told the media Wednesday that he thinks highly of Watson.

“That's my little brother. I've seen Deshaun grow. When I first met Deshaun, he was on my All Star team. He was on my first 7-on-7 All Star team. He was always eager, like a sponge - quiet but yet always looking to see what was in and how to make his game better,” Newton said. “For me to see him playing down the road at Clemson, it's great to see. I know it's a dream come true for him, but it makes everything that I stand for blossom even more, especially the offseason things that people don't necessarily know about - the time I spend with the kids, my foundation, my 7-on-7 tournaments with the kids to taking them different places.”

Watson emulates Newton’s “Superman” touchdown celebration, and he told TigerNet earlier that Newton has been someone he looks up to.

“I actually watched him when I was little – his last high school game (at Atlanta Westlake) was against Gainesville, and I watched him,” Watson said. “I was always a big fan of his, and to just see all of the adversity he had and to be able to overcome that. It’s been good to have that person who has been through all of this and what he has experienced has been a blessing.”

Watson said he tries to stay in touch with Newton even though it’s difficult during the season.

“I try to talk to him every chance I get. I know he’s busy during the season, and I’m busy, too,” Watson said. “I got to spend the week with him in Florida at the IMG 7-on-7 National Championship, and we became close. The next year, I wasn’t able to be on his team, but we’ve stayed connected and just stayed in touch. “

“When you see a kid that you nurtured for so long, and now he's making a big impact in college football, it's a big deal,” Newton said. “He's potentially a Heisman Trophy winner, hopefully. It's cool to see. I know him, his family, his coaches, and everything he's got is going to a guy who's well-deserving of everything.”

What would his advice to Watson be?

“Just find ways to win. Especially for him at a point where all the attention is going to him,” Newton said. “There is a lot of unknowns early for him, but I think as he keeps winning, as he keeps playing the better he is going to be, especially his confidence not only he has in himself, but the team has in him, especially (head) coach Dabo (Swinney) and that coaching staff. Just let him loose man. It's fun to watch.”

Newton is such a big Watson fan he decided to break protocol and name him as his own Heisman choice.

“Yeah. I have never been open to say it, but yeah why not,” he said. “I've known him since he was 14 or 15 years old. I'm pretty sure he is probably looking at this [video interview] saying I better get his vote.”