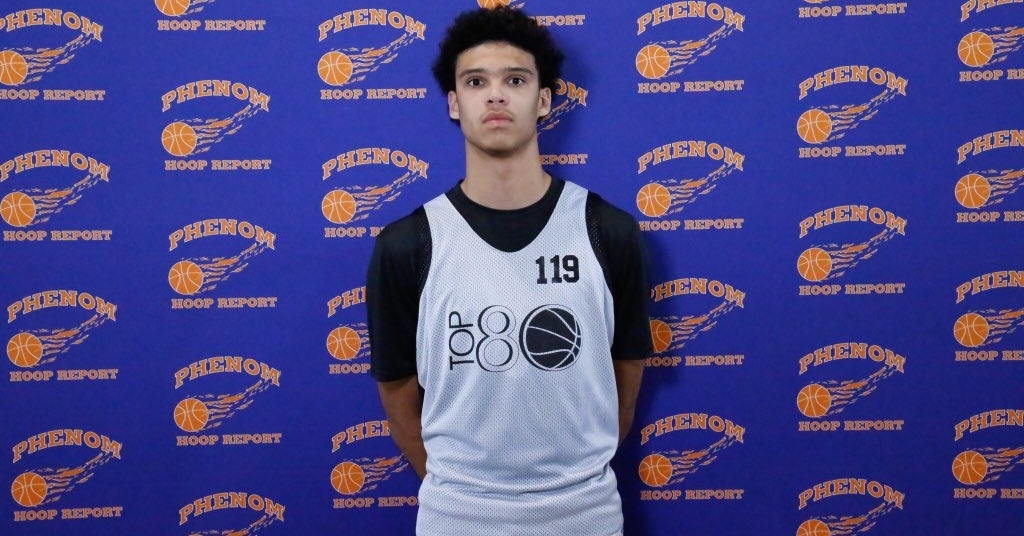 One of the state’s top basketball prospects for the 2021 recruiting cycle visited Clemson for the win over Louisville last weekend and received an offer from head coach Brownell.

Cesare Edwards is a 6-9 forward of Hartsville who will be one of the top prospects in the state for the 2021 class. Edwards, his coach and his parents visited Clemson for the Louisville game and received the offer.

“They had been in and out of practices and Coach Brownell came to the school a couple of times to see him when we were just working out in the off-season before the season started,” Hartsville coach Yusef English said. “Coach Brownell said he wanted him to come up for the Louisville game. Got up there and they did a little photoshoot for him, and then he got in the office with Coach Brownell. Coach Brownell offered him in person, said he likes the progress and is excited about where he’s headed and feels very confident Cesar can be something special for Clemson.”

Edwards also holds offers from Xavier, VCU, Texas A&M, College of Charleston, Presbyterian and Western Carolina. According to his coach, Clemson is one of Edwards’ favorites now, though the process will continue.

“They are in the top two with Xavier,” English said. “At the current moment, he’s open to everybody. I know he has not made up his mind. He’s very appreciative of Coach Brownell and everything else. He likes them. He likes the coaching staff. He really enjoyed the game. He got the opportunity to talk to the (university) president on Saturday. It was a really good experience for him.”

Edwards also is drawing interest from USC coach Frank Martin. Edwards went to a game at USC and Martin, who recruited current freshman guard Trae Hannibal from Hartsville last year, has been down to check out Edwards.

English said right now Edwards is playing the best basketball of his young career. He’s been averaged around 25 points per game over his last five games. The coach said English is starting to figure out the inside game that will complement his perimeter skills.

“His ability to shoot the basketball and put it on the floor, he’s more typical of a stretch four,” English said. “Runs the floor very well. Very athletic. You usually have guys at that height, they have a post game but can’t shoot. As a freshman, he was the best shooter on our team. We had to teach him the post game. He just figured out that I don’t have to settle for a jump shot. I go inside, I can get 20-something points in the paint and still be a threat from the outside. He’s developed his inside drop-step. At 6-9, who is going to be able to stop an inside, drop-step jump hook. Very few people. Since he already has great from on his jump shot, his jump hook is easy for him. Almost the same mechanics.”

English said Edwards has visited Clemson, USC and The College of Charleston. He’s planning to take visits to Virginia Tech, VCU, Xavier and Florida State over the next several weeks spilling into his off-season.

Oglesby: Brownell and company are looking to capitalize on recent wins by offering in-state forward Cesare Edwards. The 6’9 skilled big man out of Hartsville High School has had a break out year and drawing attention from schools up and down the east coast. Edwards also recently garnered his first SEC offer from Texas A&M. He looks to be the quintessential Brownell big man in that he plays an intelligent brand of basketball and has the ability to make shots from the perimeter. Here, I’ll take a look at the strengths and weaknesses of the emerging big man.

Edwards possesses the length and athleticism to guard the 3 and 4 positions. He runs the floor well and has shown the ability to grab a rebound and initiate the break himself. The Hartsville product also shows some rim protection ability on defense with his length and quick bounce off the floor. Those who I’ve talked to say he also may grow another inch or two on top of his already 6’9 frame.

I’ve heard a lot of people say playing hard isn’t a skill, but just a matter of “want to”. That’s not true. Edwards possesses this and from those, I’ve talked to say he does have this skill. Edwards has the motor to be successful at the ACC level and his basketball IQ is there too. He’s a kid who should be able to pick up on Brownell’s system fairly quickly. I have to throw this in there too. Any kid who rocks “rec-specs” and gets buckets doesn’t care what anyone thinks. I love it!

While Edwards does play hard he does have the tendency to get into foul trouble. This can be taken one of two ways. He’s either out of control, OR he just needs to be pulled back a little bit. Most coaches would rather get a horse with too much energy than one with not enough. I look at as the second option.

It is also important to remember that even though the skills are there, they also need more time as of right now. While Edwards definitely possesses a high-level skill set, it will take some time. His passing ability will need to adjust to the college game as well.

All in all, this was a good offer given to an in-state kid. It’s worth mentioning that a year after getting PJ Hall from Dorman High school, it is obvious that Brownell and his staff has put an extra emphasis on recruiting South Carolina. If you are able to get the top three kids in South Carolina two years in a row the recruiting momentum within the state would be readily evident.