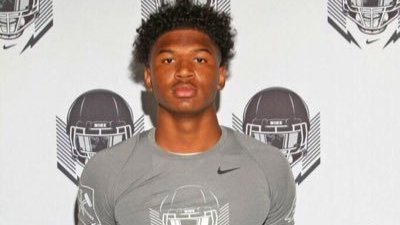 Phommachanh will be on hand this weekend

Clemson’s spring game recruiting weekend got off to a hot start Friday with Bryton Constantin’s commitment, but more stars will be on hand Saturday in Death Valley.

The annual Orange & White game is the coaching staff’s last chance to get prospects on campus before high school camps in June, so many high-profile recruits are making the trip.

Ladson is probably the prospect that fans are most familiar with. Ladson has made several trips to Clemson and seems to be favoring Clemson over the hometown Miami Hurricanes. He’ll be making the trip with his mom.

Phommachanh appeared to be favoring Florida State early in the process, but the Seminoles landed 4-star Sam Howell essentially eliminating the Tigers’ division rivals. This could be a huge weekend for Phommachanh and Clemson.

Another prospect to watch is Shelby (NC) Crest linebacker Lannden Zanders, who has been on campus several times over the last couple months.

4-star Cincinnati (Ohio) Anderson offensive lineman Zeke Correll – who many think will likely stay at home with the Buckeyes – decided to make the trip for his first look at Clemson.

Luke Griffin – offensive lineman out of Chatsworth (GA) North Murray – recently decommitted from Georgia after the Dawgs coaching staff backed off and stopped their communication will be on campus. A good visit could put Clemson in the driver’s seat.

There are also sure to be plenty of 2020 prospects on hand, including a pair of Trussville (Ala.) Hewitt-Trussville teammates in wide receiver Dazalin Worsham and offensive lineman Logan Self.