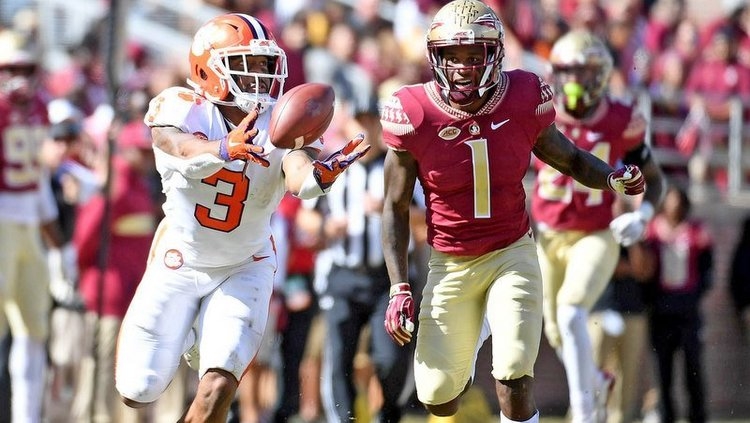 When you’re Clemson and you get everybody’s best shot every week, you have to eat your Wheaties.

Center Cade Stewart spoke with the media Monday to discuss the loss to Notre Dame and look ahead to this week’s game at FSU, and he said that the Tigers have to man up every week as teams gear up to beat the Tigers.

“FSU has a good defensive line,” Stewart. “They are big upfront. You have to eat your Wheaties week in and week out because everyone is coming for you.”

The No. 4-ranked Tigers are scheduled to return to action this Saturday in Tallahassee against the struggling Seminoles at noon on ABC. Clemson opened as a 29-point favorite and now are currently up to 34.5-point favorites on its usual-divisional rival, which dropped to 1-6 in ACC play on Saturday after a 38-22 loss to NC State.

Clemson (7-1, 6-1 ACC) has won five consecutive games over Florida State, including the last three by an average of 32 points per game.

*Galloway said they as a team rested a lot during the open date but personally he wanted to give his body a rest. He has a banged-up ankle and wanted to rehab that. Said the team also learned that they made some costly mistakes against Syracuse and BC and it didn’t cost them but did against Notre Dame. He said they are trying to make as few mistakes as possible going forward.

*Says the tight ends are more than just receiving targets. They have had to block a lot more lately and he feels like he and Davis Allen are selfless players and they are happy to do whatever they need to do to help the team win games.

*Galloway says he and Cornell Powell have similar backgrounds in basketball, so they have become good friends. He is happy to see Cornell’s hard work pay off.

*In trying to get the running game going, he feels like they don’t need to make wholesale changes, just tweak what they are doing and make the adjustments they need to make. He thinks they will be back on track this week.

*He says he doesn’t expect any lineup changes in the offensive line this week at FSU. Says some of the blame goes on fundamentals. Says they have to challenge all 11 guys to be on the same page.

*He expects Walker Parks to play more snaps going forward. Elliott says a lot of the young guys need to step up and take some snaps. They also want to push Hunter Rayburn and Paul Tchio and some other guys, but Parks is the lead guy right now.

*On job openings this time of year, he says he is concentrating on Clemson and Florida State. Doesn’t answer the phone, tells his family to not mention him and bring him up in conversations. He says there will be a time and place for him to get a head coaching job, but right now it’s November and he doesn’t even want to think about it.

*He says that it was great being on the field at FSU and knowing he was playing big-time snaps.

*His family will be at FSU, not too far of a drive for them.

*Has never considered transferring, said his dad would get on him for doing something “irrational.”

*He says nothing will ever be handed to you at Clemson, especially the running backs. He says Coach Elliott doesn’t demand perfection -- but close to it.

*Says the offensive line used the open date to self-scout, and he realizes there are a lot of things when it comes to technique that they can do better. They don’t listen to the outside criticisms but do you use that as an opportunity to get better.

*Stewart says FSU has some incredible athletes and you have to eat your Wheaties because week in and week out everyone is coming for you. They have to refocus and be fundamentally sound.

*He says that they fought and clawed for four quarters and two overtimes at Notre Dame, and it showed they can accomplish whatever they want to this season.

*A lot of guys were banged up and tired on the ride home from Notre Dame, but he used that time to reflect and look back at the game.