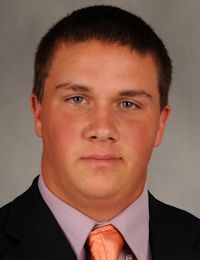 Offensive Line
B I O
Original walk-on who has served as a reserve offensive lineman ... has two knockdowns in 42 snaps over four games in his career ... rejoined roster in the summer of 2015 after a season away.