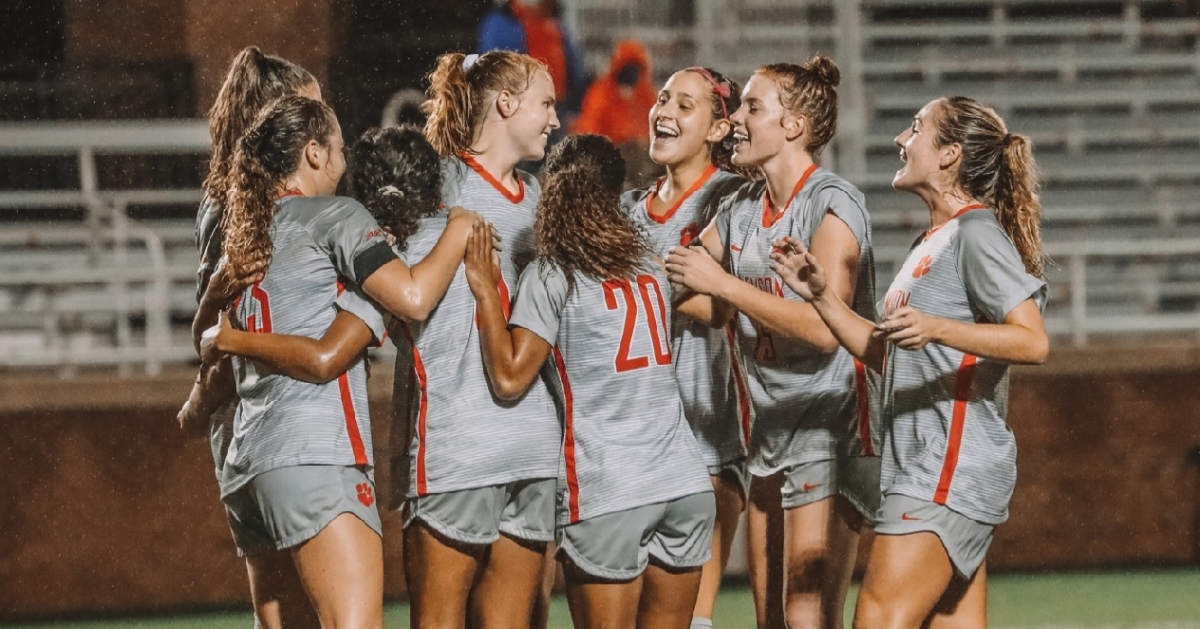 Clemson women’s soccer has outscored opponents 7-0 on the season. (Photo per Clemson)

CLEMSON, S.C. — The Clemson women’s soccer team (2-0, 1-0) earned a 3-0 victory over Virginia Tech (0-2, 0-1) on Thursday night at Historic Riggs Field to open ACC play and Clemson games on campus for the fall semester. Caroline Conti led the team in scoring with two goals on the night. Following tonight’s win, Clemson has outscored its first two opponents by a 7-0 margin.

“Grateful and excited to play at Historic Riggs Field again,” said Head Coach Eddie Radwanski. “It was a good match for us - we needed to have a game where we got pushed, challenged and had some adversity to deal with. I think both teams enjoyed being back out and competing.”

The first half saw Clemson outshoot Virginia Tech by an 8-2 margin, with five of the shots put on net. The Tigers’ best opportunity of the half came when Maliah Morris took a penalty kick after being fouled at the top of the box moments after beating her defender with a skillful touch. Morris’ attempt was saved by Virginia Tech’s Alia Skinner.

The second half saw the Tigers’ scoring erupt, with Conti netting the first and third goals for the Tigers. This was the first multi-goal game of Conti's career. A Virginia Tech own-goal in the 67th minute rounded out the scoring summary on the night. In total, the Tigers logged 16 shots during the 90-minute match.

In net, Hensley Hancuff recorded her second shutout of the season and made three saves.

“It was wonderful to see Hensley [Hancuff] come and throw her body around and make some great saves and earn back-to-back shutouts,” said Radwanski.

Clemson won the possession battle between the two sides, holding 55% of the ball with the majority being spent in the Tigers’ own attacking third. Clemson played a total of 16 players Thursday evening.

Clemson will return to action on Sunday, Sept. 20 at Historic Riggs Field against Virginia, with kickoff set for 3 p.m. Those not able to attend the match will be able to tune-in via ACCN.