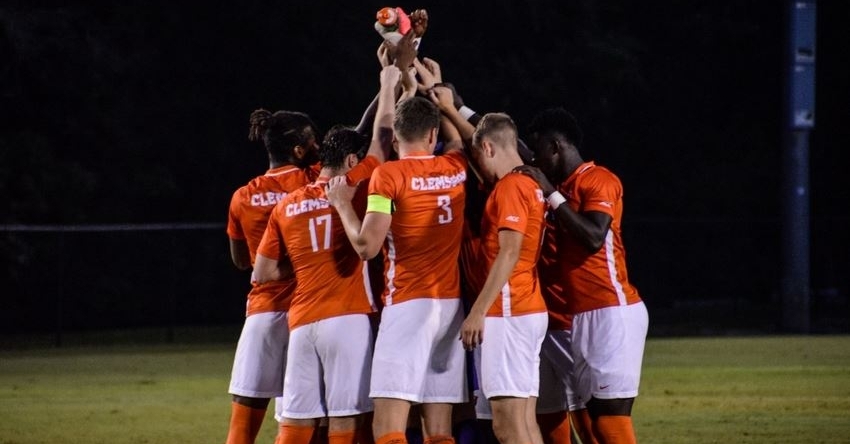 CONWAY, S.C. — The Clemson Tigers 2-0 shutout win over the Coastal Carolina Chanticleers on Tuesday night marked their seventh clean sheet of the season. Goalkeeper George Marks, who totaled a season-high nine saves on the evening, moved into a tie for fourth on Clemson’s all-time solo-shutout leaderboard (18) with the result as the Tigers advanced to 9-2 (3-1 ACC).

Hamady Diop kicked off the scoring just 13 minutes into the match, as a loose ball found him at the top of the box. His well-struck curler snuck through the legs of the Coastal Carolina goalkeeper and gave the Tigers the early 1-0 advantage. The Chanticleers had a chance to equalize right before the break, but Marks came up big with two stops on close-range efforts to keep his team in front.

Ousmane Sylla’s right-footed rocket into the top right-corner of the net 11 minutes into the second half was more than Marks and the Tigers’ defense needed to hold on and secure the victory. While Marks was called upon a few times to defend the clean sheet, the Tigers' defense did exceptionally well to limit Coastal Carolina's clear cut chances.

With the win, the Tigers completed the season sweep of South Carolina schools, defeating USC Upstate, South Carolina and Coastal Carolina by a combined score of 12-0.

Up next, the Tigers return home to Historic Riggs Field on Saturday at 7 p.m. for a conference matchup with Notre Dame.

Hamady goes ?-hole to put us on top early. Still lots of game to be played ??#ClemsonUnited???? pic.twitter.com/r85D9wnTh2