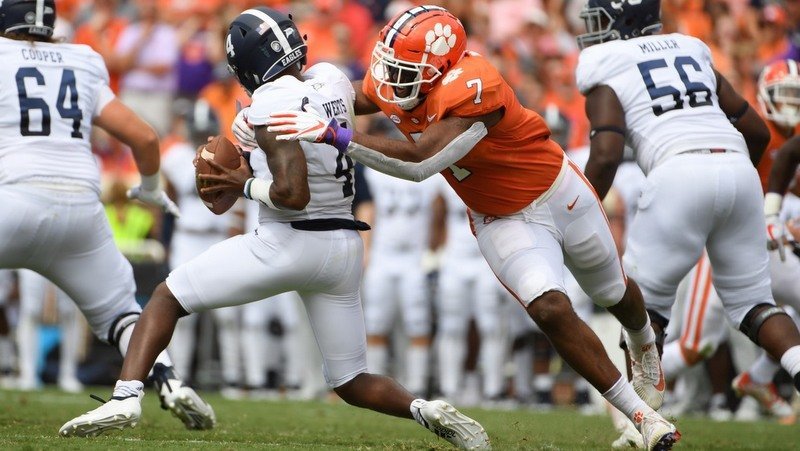 Austin Bryant starts the season on the reserve list.

NFL teams narrowed down their rosters to 53 active players on Saturday ahead of next week's season start. That moved some former Tigers around.

In Detroit, Austin Bryant was placed on the reserve/physically unable to perform list due to injury after occupying a spot there during training camp as well. Jayron Kearse was also put on a reserve list due to being suspended for three games by the league.

That's the same kind of list Kansas City Chiefs cornerback Bashaud Breeland is on after receiving a four-game suspension for violating the NFL's substance abuse policy.

Mitch Hyatt was moved to the Dallas Cowboys injured reserve earlier this week.

No COVID-19 transactions today, but lots of guys headed to reserve lists. pic.twitter.com/a2F1ieLCsd