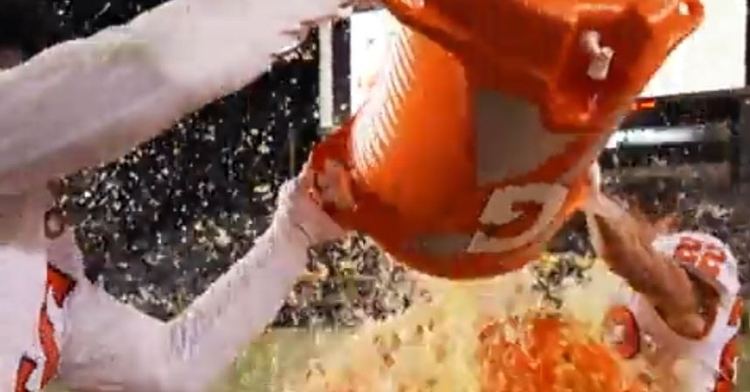 Swinney got the celebratory shower on the sidelines

The fun is in the winning and that includes Gatorade baths.

After the chilly bath, the elder Swinney said, "Holy Moly. I didn't see that coming."

A lot of joy (and Gatorade) pic.twitter.com/gs4pBNkDVc