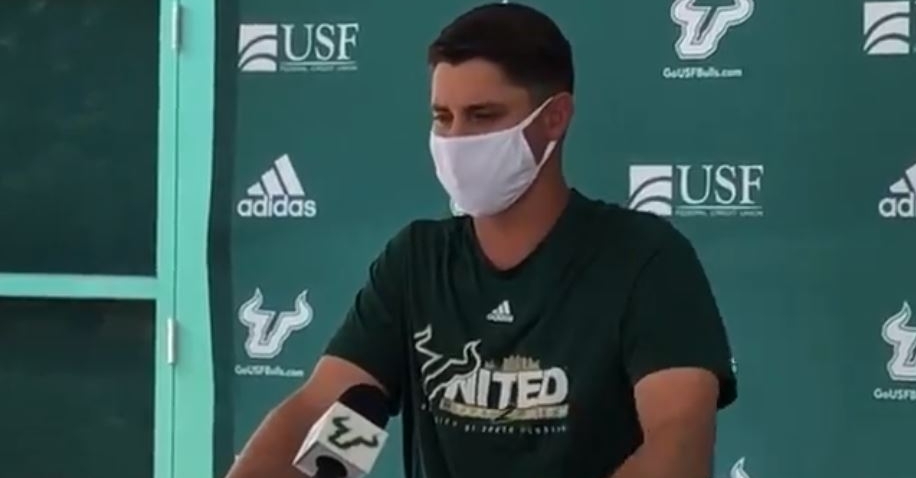 South Florida canceled Thursday's practice as the team held a team meeting mainly talking about racial injustice and the shooting of 29-year-old Jacob Blake in Kenosha, Wisconsin on Sunday.

"These are real-life situations that are going on,” Scott said during his media session. "I think as a coach, you always take pride in being able to fix things for your players.

"Just like a coach or a dad, you want to fix whatever the problem is, and this one of those situations that as a coach you can’t fix it for your players so part of it is just for your guys to know that you love them and that you’re there to support them and that you stand with them. Really that is what these conversations are about and what can we do moving forward as a team to try to have a positive impact with such a disappointing and sad situation."

Jeff Scott gets emotional when asked about team decision not to practice today. ?@USFFootball? pic.twitter.com/ZaOXS6PjGa