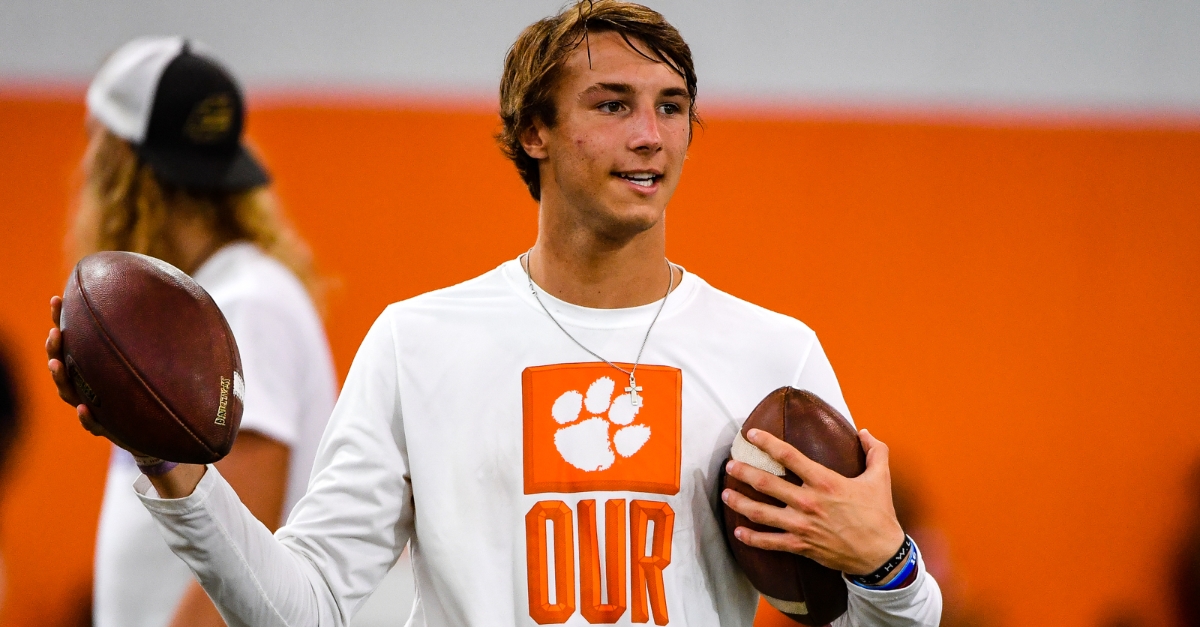 Klubnik is now in the top-10 overall on Rivals.

Clemson's committed 2022 class saw some moves up in the Rivals rankings on Tuesday.

That group is led by Gatorade National Player of the Year finalist Cade Klubnik at No. 6 overall and on top at QB.

Four-star cornerback Toriano Pride, who this week assured he's still "locked in" with the Tigers after Brent Venables' departure, vaulted 97 spots on Rivals to No. 87 overall.

Fellow cornerback commit Daylen Everette also moved up significantly, into the top-50 there (up 28 spots to No. 46).

Tigers' commitment until Monday, safety Keon Sabb, fell 33 spots to No. 98 on Tuesday.

Running back target Trevor Etienne is rated the highest on Rivals among major outlets (No. 94 overall) and WR target Antonio Williams moved into the top-250 this week (No. 219).

Clemson's class is currently rated 13th by Rivals overall and seventh in average rating per pledge.