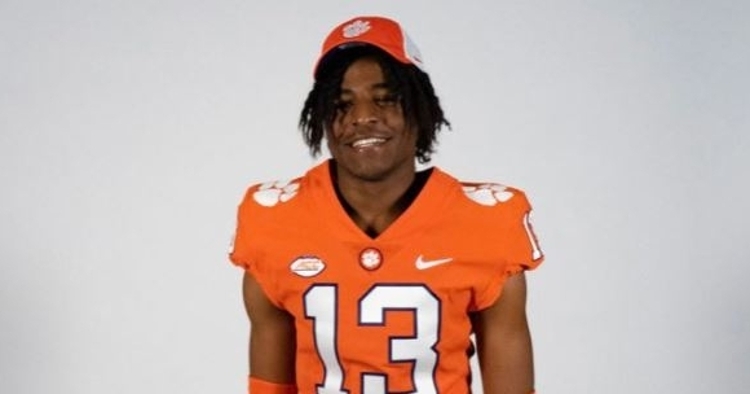 Griffin committed to Clemson over late interest from Southern Cal and Nebraska.

2022 3-star Montgomery, Alabama safety Kylon Griffin announced a commitment to Clemson on Tuesday after an official visit over the weekend.

Griffin’s recruitment picked up after the end of the early signing period and Clemson offered him a scholarship in early January.

Griffin decommitted from Mississippi State in early December. He also visited Nebraska this month and he had Southern Cal as a finalist as well. He came away impressed with the atmosphere at Clemson.

“Those people, they are just all are built the right way and do the right things and that leads to big things on the football field,” Griffin said of impressions on his Clemson visit.

“I just loved how everyone was just so comfortable around each other. Everyone seemed like a family. Even though some of us had never been around each other or seen each other before, it seemed like we had known each other for forever and no one was scared to talk. My mother and father really loved the trip and they loved it as well. They thought the same as I did, if not more.”

He posted 44 tackles, four for loss, with six pass breakups and two caused fumbles as a senior.

Griffin is the 15th pledge in Clemson's class and brings it to 13th overall in the 247Sports Composite team rankings.

Had an amazing time at Clemson this weekend. Thanks to all and I really appreciate it???????? #ALLIN #Clemson pic.twitter.com/OdulBA6fxe