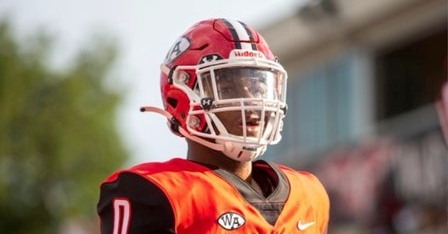 AJ Hoffler will make his commitment call on Tuesday.

Hoffler's decision will be aired on local TV in Atlanta at 7 p.m. (11Alive). Ohio State and North Carolina are two more out of his over 50 offers in the mix.

Hoffler was in town with around 30 prospects for Clemson's early June official visit weekend.

Clemson has gained nine commitments and lost one this month in a rise to fourth in the 247Sports Team Composite rankings.

I will be Committing Tomorrow at 7pm ET on @11Alive ?? pic.twitter.com/sjFtRibqFb