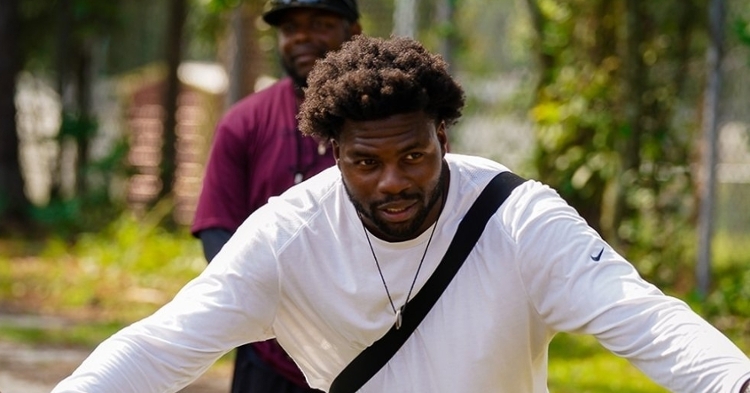 Former Clemson tight end Dwayne Allen visited three high schools in his hometown over the weekend to share his story and partnered with a sporting goods store for a big giveaway.

Allen teamed up with Academy Sports to give Douglas Byrd High School in Fayetteville, North Carolina $2,000 worth of gift cards.

"I left home, I overcame obstacles, ascended to higher heights, more obstacles. … At some point, the whole point of the journey that we all go on is to come back to where we started and to share. Having the opportunity to come out here and share with these guys, it’s everything," the Super Bowl champion told The Fayetteville Observer. "It’s all about finding those connection points and being able to serve and share your story, so that those who come after us and pick up the nuggets can be a little more successful."

Allen was honored as the nation's top tight end with the Mackey Award while in a Tigers uniform and was drafted in the third round by the Indianapolis Colts.

He tallied 86 games at the NFL level with 139 catches for 1,564 yards and 20 touchdowns with a Super Bowl ring from the 2018-19 season and the New England Patriots when he last played.

Allen told The Fayetteville Observer he is hoping to work with the NFL Players' Association at some point.

“I want to advocate for the wages, working hours and working conditions of National Football League players,” Allen said. “That’s the dream, that’s the goal, that’s what I want to do.”

The one and only Dwayne Allen (FTS ‘08) coming to spread knowledge and wisdom to the young athletes today! @ClemsonFB @FTSATHLETICS @BMACICE pic.twitter.com/RFCVp9iBAD

We truly appreciate Dwayne Allen for the words of wisdom he poured out to our kids the and @Academy for their generous donation. It was a great day to be an ?? #1percentbetter #thenewbyrd #trusttheprocess #byrdgang pic.twitter.com/eXnryAGlkU