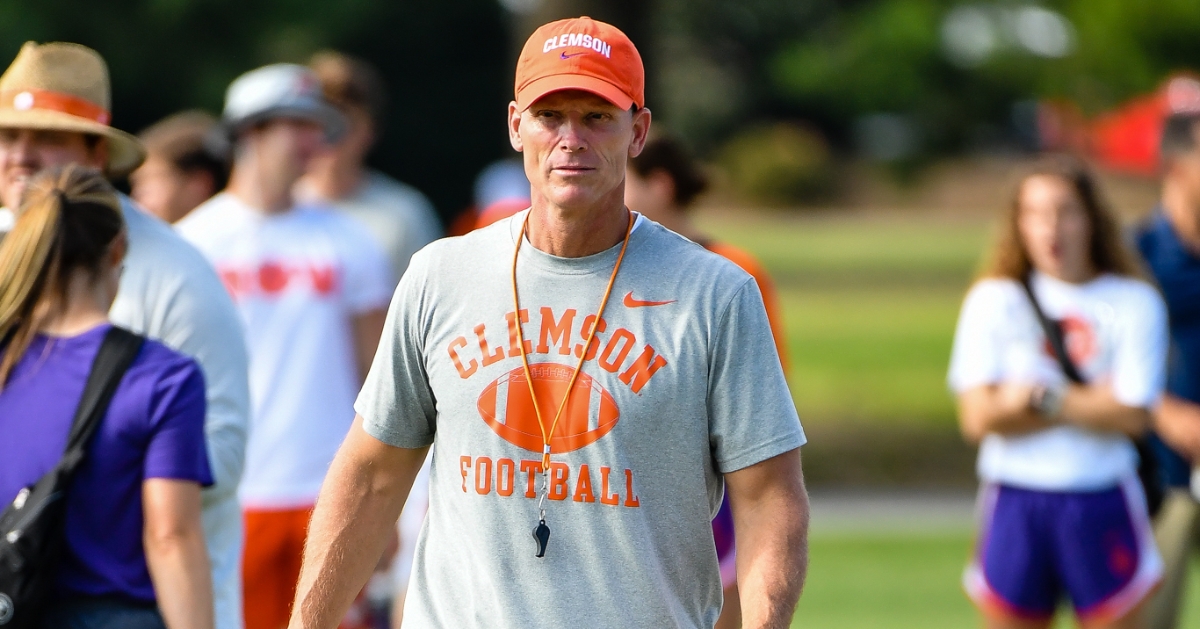 Oklahoma is zeroing in on Clemson defensive coordinator Brent Venables as their next head coach on Sunday according to multiple reports including ESPN.

ESPN's Chris Low reports that a deal could be finalized as early as Sunday.

"Veteran Clemson defensive coordinator Brent Venables has emerged as the top target for the Oklahoma head coaching job, and the two sides could finalize a deal as early as today. Ole Miss' Jeff Lebby is Venables' top choice as offensive coordinator," he posted.

For the 2021 campaign, Clemson's defense is a unanimous top-4-rated group by efficiency with advanced metrics and ranks second nationally in scoring defense.

His 2020 defense produced 46 sacks, tied for the most in the nation.

Venables has been a main component of Clemson's success since 2012 and was named the Broyles Award winner in 2016 as the nation's top assistant coach in college football.

.@TheAthletic can confirm other reports that Oklahoma is zeroing in on Clemson DC Brent Venables as head coach, with Ole Miss Jeff Lebby potentially coming with him.

This started to really get legs last night.

Deal expected to be finalized soon.