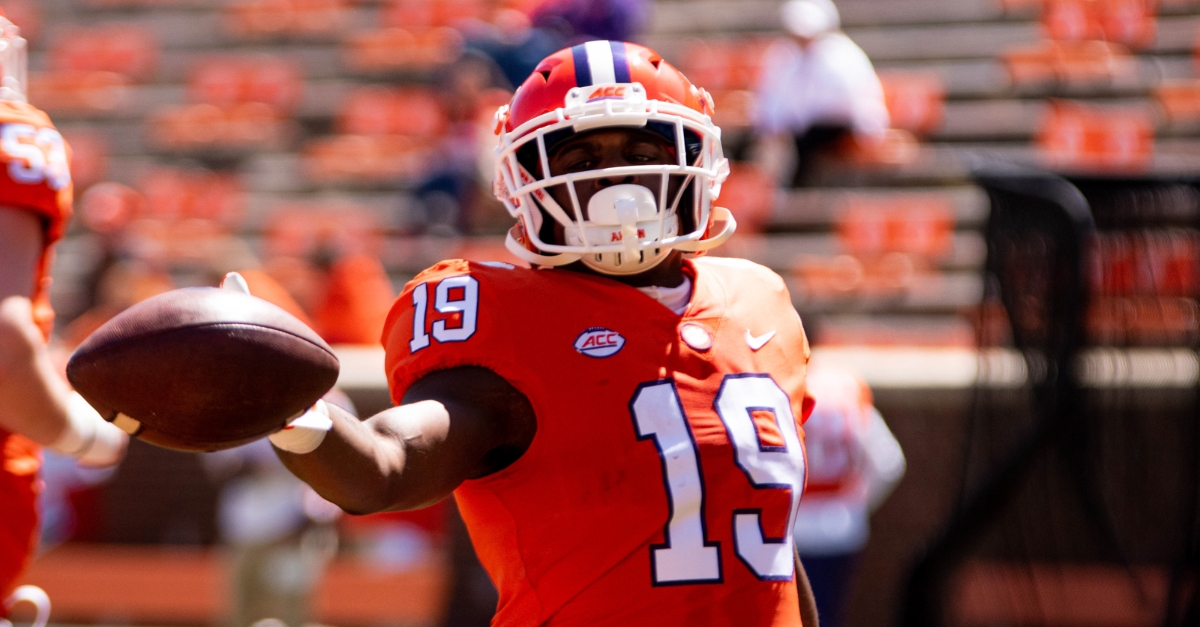 Michel Dukes was a talented recruit out of Charleston, S.C.

Dukes entered the 2021 season with 205 rushing yards and two touchdowns on 40 carries.

However, he was not high on the RB depth chart with the emergence of youngsters Will Shipley, Kobe Pace, and Phil Mafah.

He had only two rushing attempts for seven yards against South Carolina State this season.

In high school, he was ranked one of the top 50 running backs in the nation by 247Sports.

This is the third Clemson player (Dukes, Lyn-J Dixon, and Joseph Charleston) to enter the portal this season.