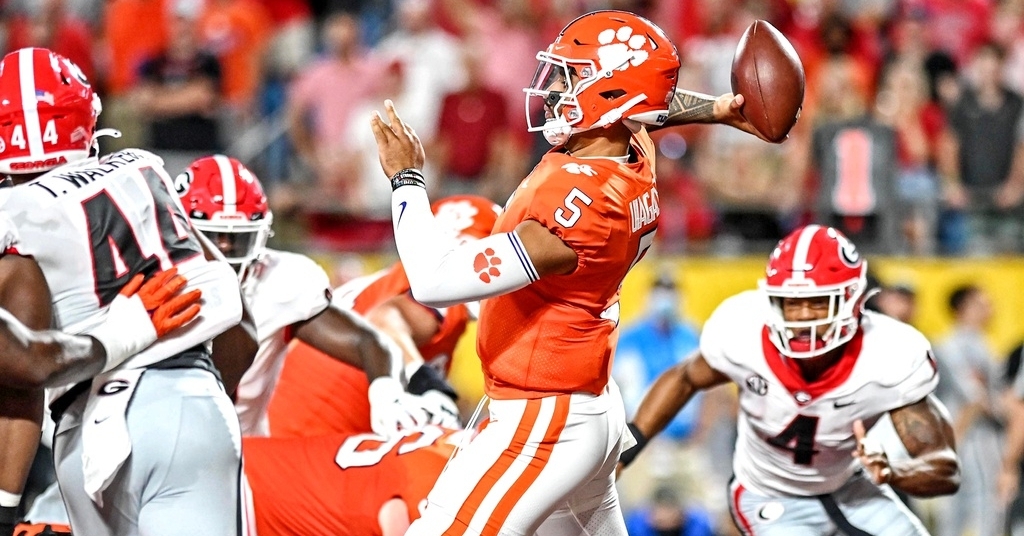 No. 5 Georgia's 10-3 win over No. 3 Clemson was watched closely by a record amount of viewers.

According to the Nielsen ratings, ESPN announced that the ACC/SEC clash was watched by an estimated 7,998,000 viewers, which was up 16 percent from a comparable game in 2019.

The primetime contest is on track to become the second most viewed kickoff Saturday game on any network in the past 15 years.

The full viewership numbers will be released after the Labor Day holiday.

It was Clemson's third straight contest against an AP Top 5 opponent for the first time in school history.

In contrast ratings-wise, the Alabama blowout win over Miami was seen by an estimated 5,025,000 viewers, which was up 8 percent from a comparable game in 2019.

You were missed, College Football ??

?? Georgia-Clemson is on pace to become the 2nd-most-viewed Kickoff Saturday game on any network in the last 15 years