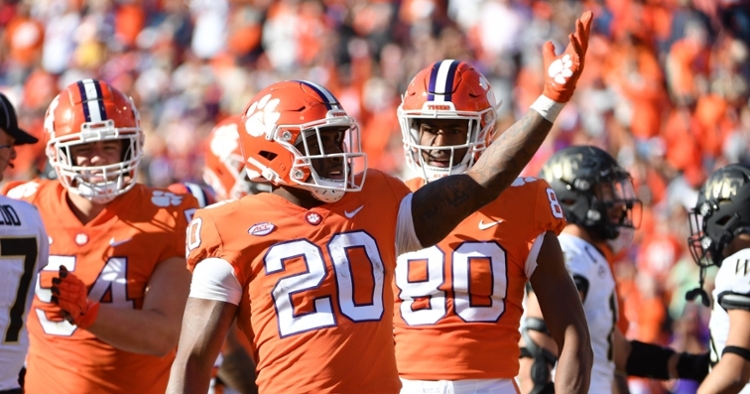 Clemson is looking for a return to the College Football Playoff after missing it last year for the first time since the 2014 season.

The USA TODAY updated its preseason top 25 out of the spring and Clemson saw a one spot drop.

"The focus will again be on the offense as D.J. Uiagalelei enters his second year as the starting quarterback. Uiagalelei was expected to seamlessly grab the baton from Trevor Lawrence," USA TODAY's Erick Smith said, "but he struggled last season and didn’t look great in the team’s spring game. Cade Klubnik enrolled early and could push for playing time if those struggles continue. On the plus side, the defense should be salty with lineman Myles Murphy and K.J. Henry among the standouts in the unit. The early schedule is much easier this season without an opener against Georgia. That could help ease some of the struggles before the start of the significant ACC games come."

What brings the added confidence in former Clemson defensive coordinator Brent Venables' boys to be in Playoff position?

"The arrival of former Sooners defensive coordinator Brent Venables might seem like a step back, especially after the program sustained significant losses in the transfer portal," Smith said. "However, Venables brings a needed emphasis on physical play on both sides of the ball that was lacking. Central Florida transfer Dillon Gabriel will be the starter at quarterback with Caleb Williams joining Riley at Southern California. Offensive coordinator Jeff Lebby arrives from Mississippi and will rely more on the running game if the offensive line can do its part. On defense, Venables was aggressive in going into the portal to fill needs on the line and secondary...OU didn't see its run of six consecutive conference titles end because of a lack of talent. This is still the favorite in the league."

The Tigers' first scheduled opponent among the rankings is NC State at No. 10, which Clemson hosts October 1, then No. 13 Notre Dame, a Nov. 5 road trip, No. 17 Wake Forest -- a Sept. 24 road trip, and a potential pre-postseason foe in Coastal Division contender Pittsburgh at No. 22.

Clemson opens its season under the lights on Sept. 5 at Mercedes-Benz Stadium in Atlanta versus Georgia Tech.