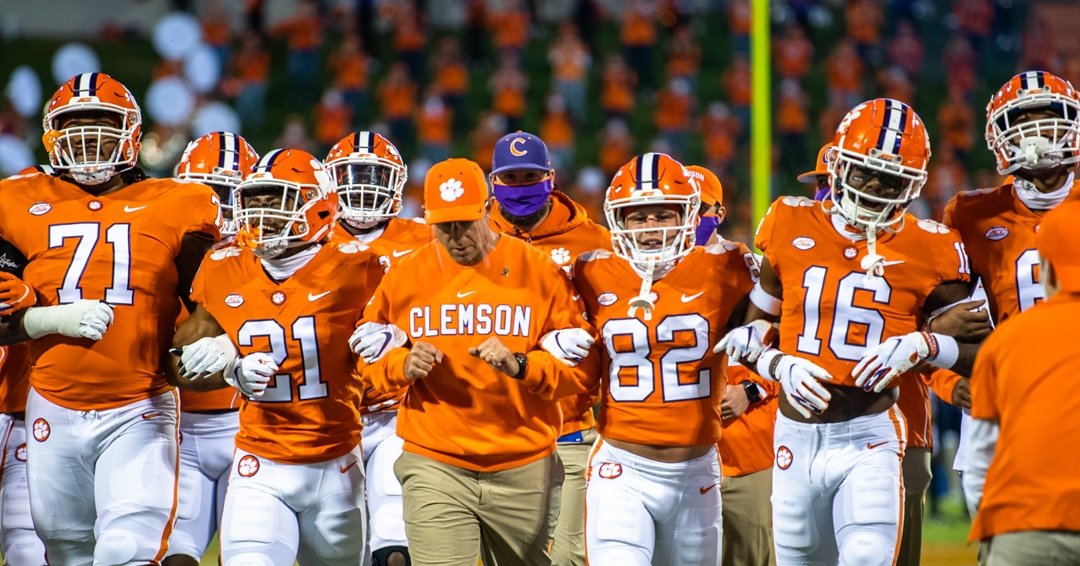 Clemson has made six-straight Playoff appearances.

247Sports ranked the "most favorable" schedules to making a run in 2021 and Clemson topped that list this week.

"The only fool-proof way Clemson is left out of the College Football Playoff this season is if the Tigers lose to Georgia on Sept. 4 and fail to win the ACC," 247Sports' Brad Crawford said. "What are the chances both of those happen? Grab the Sharpie and go ahead and mark Dabo Swinney's team back in the final four with 10 starters back defensively and a rising sophomore quarterback OC Tony Elliott and the rest of the staff feels extremely confident in. Even with a loss to Georgia in the opener, the Tigers will be favored by double digits — perhaps 20 or more — in every other game prior to another ACC Championship appearance."

Southern Cal, North Carolina, Northwestern and Georgia were also in the top-5.

Clemson is given the highest odds by the ESPN FPI to win a conference (72.1%), with an even higher projection to win its division (89.3%) and also the highest chance to go undefeated (21%).

Swinney's Tigers have made six consecutive Playoff appearances, which leads the CFP era.