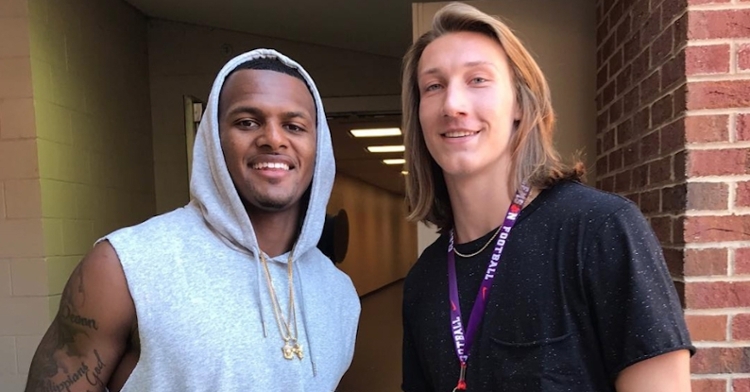 Watson and Lawrence had tremendous careers at Clemson

The NFL regular season slate of games will be announced later tonight.

However, there are already some games that have been leaked to the public.

The Week 1 CBS game that will open up the 2021 regular season at 1 p.m. ET will feature the Jacksonville Jaguars against the Houston Texans.

The Jaguars went 1-15 last season but now have the dynamic duo of Lawrence and Travis Etienne under the leadership of new head coach Urban Meyer.

Vegas odds currently have the Jaguars as favorites against the Texans.

Overall in the series, the Texans hold a 25-13 record against the Jaguars.

In other schedule news, the Jaguars will travel to London on October 17 to play the Miami Dolphins.