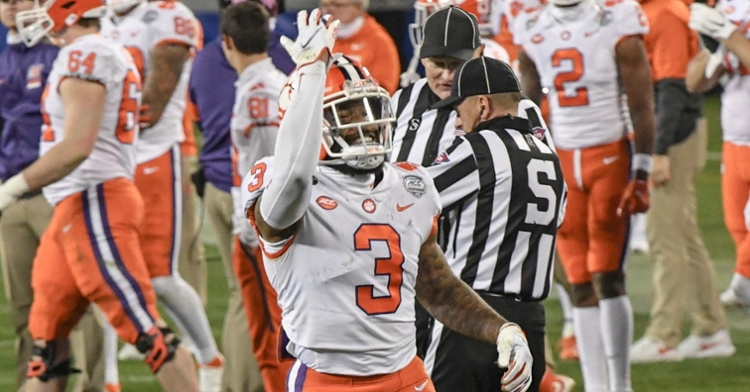 Rodgers was drafted by the Green Bay Packers (ACC photo)

- Produced at least three Top 50 picks for the third consecutive draft, the longest such streak in school history. Prior to this 2019-21 stretch, Clemson's last such draft was 1987 (ironically also a year in which a Clemson RB — Terrence Flagler — was selected at No. 25 overall).

- Became only the 51st program ever to produce a No. 1 overall pick since inception of the draft in 1936.

- With Trevor Lawrence and Travis Etienne both being selected by the Jacksonville Jaguars in the first round, the duo became the QB/RB duo from a single school ever drafted by the same team in the first round of an NFL Draft in the Common Draft era.

- Extended its streak of consecutive drafts with at least one selection to 19 since 2003, representing the second-longest streak in school history behind a 24-year streak across the 1951-74 NFL Drafts.