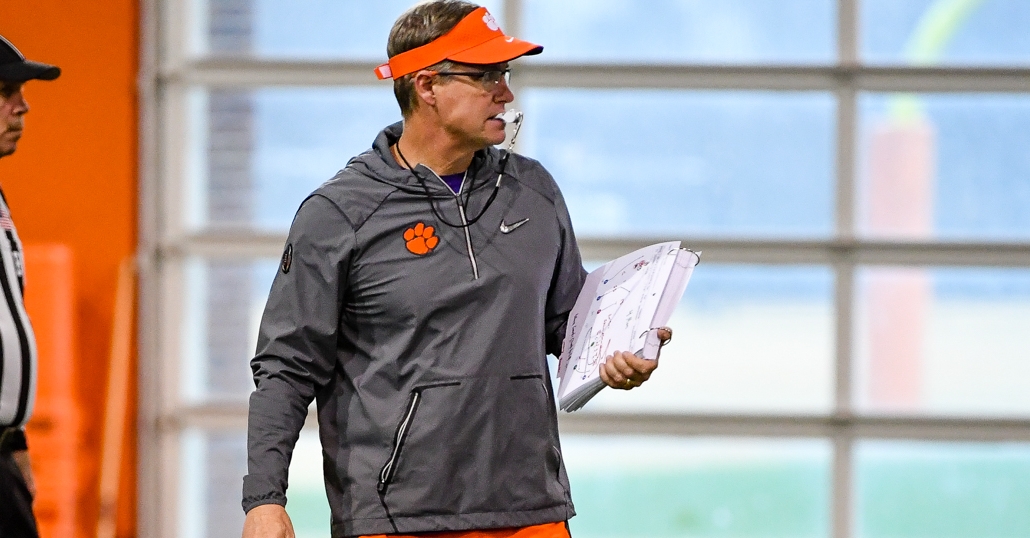 Conn says the defense has played well this spring.

CLEMSON – Co-defensive coordinator Mickey Conn was all smiles following the Tigers’ stadium scrimmage last week, saying he feels like this defensive line is good enough to help Clemson compete for a championship.

Conn met with the media following another strong defensive showing, and described his duties other than coaching the safeties. Conn was named co-defensive coordinator along with Wes Goodwin when Brent Venables left for Oklahoma in December.

"Obviously, Wes is making the calls. Just having an overall say in what we’re doing schematically whether it be the (defensive) front, linebackers or the back end coverage-wise,” Conn said. “Looking at formations, shifts and personnel. Just all those things I’m getting to put my eyes on and really have a say in. Some of it I was already doing in the box, but now on the practice field, I’m having a little bit more say and having a bigger voice with the players.”

Conn said that being able to coach the bowl game with Goodwin was beneficial heading into the spring.

“We went through the two weeks of preparation getting ready, getting in front of the guys, gaining their confidence and gaining their trust because we played really good defense efficiency-wise, better than we played all year last year,” Conn said. “To get that thrown on you, which is fantastic, that’s exactly what you want in this business. You want that opportunity. Wes and I work really well together. We worked really well together even when he was an analyst. The guy is brilliant and does a great job.”

Conn may coach the safeties, but he knows what the Tigers have a dominant defensive front, as long as everybody stays healthy. 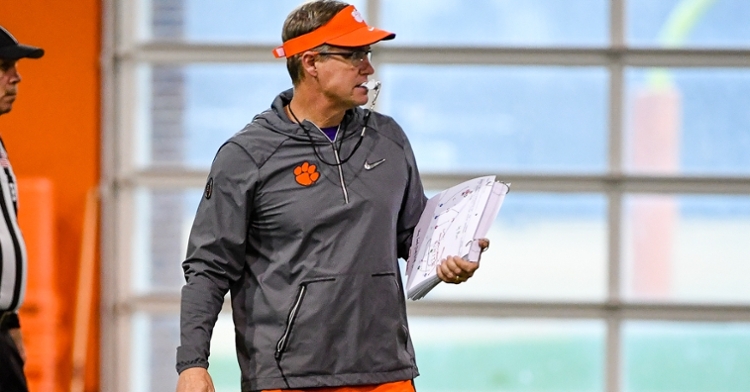 Conn says the defense has played well this spring."

"There's no question. Our defensive line is fantastic. As long as they put in the work from now until the time we start,” Conn said. “But there's work that needs to be done -- don't go reading our press clippings. We have a chance. But you have to put the work in. We go back to that 2018 defensive line. Those guys were different. They were special. They had great leadership. And this defensive line has that same thing about them. They have that same characteristic about them. And they got a lot of experience too."

When it comes to the defense as a whole, Conn loves what he’s seen.

“It’s never where you want it to be,” Conn said. “You always want it to get better and better, but we’re playing at a high level right now in the scrimmages.”