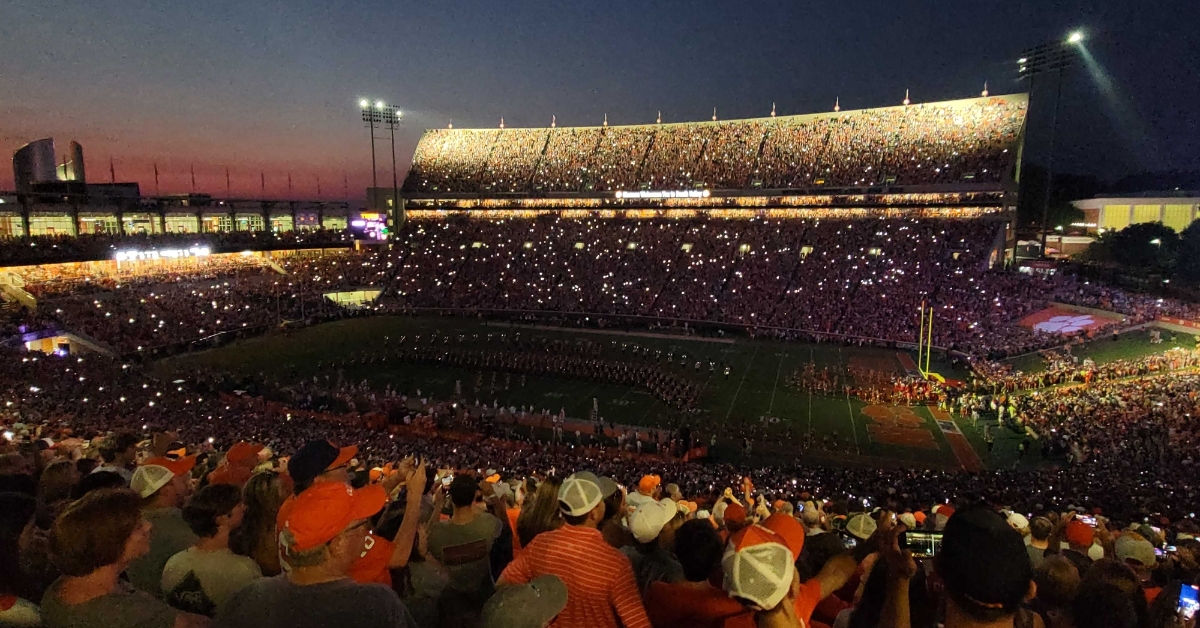 CLEMSON – It wasn’t just the fans that got chills when the lights turned out in Death Valley Saturday night, setting the stage for the iconic running down The Hill. The players enjoyed it, too.

Clemson is in the midst of a $70 million stadium enhancement process, with the new videoboard getting the most attention. The new board has nearly five times the surface area of the previous board, which was last updated before the 2012 season. The new video system, which includes new speakers to each side, measure 127 feet wide by 57 feet tall, and sit 20 feet off the ground, giving fans a 365-day open view into the stadium.

The new East Main Videoboard also features color LED fixtures on the inside and custom portal LED lights for the team entrance. Ribbon boards on the north, south, and west, along with new corner video boards in the west have been upgraded to be higher quality, easier to read, and more immersive.

That isn’t all - the eight main stadium light poles have been updated to an LED system, which allows for individual light fixture control, spotlighting of Howard’s Rock, and higher-quality field lighting. Additional fixtures have been added to the plazas around each light pole and the upper deck sections to provide a safer environment for navigating the stadium.

All of that made for an incredible experience Saturday night, the first night home game under the new configuration. The stadium went dark as Queen’s “We Will Rock You” blasted out over the speaker, and the ribbon boards that separate the decks flashed between white and orange. The videoboard showed the buses making their way around the stadium, and team exited the buses with the main stadium lights still mostly off.

Even head coach Dabo Swinney got caught up in the excitement, raising his arms and shouting, “Come on! Let’s go!”

The cannon went off, Tiger Rag played, and the Tigers ran down The Hill. It’s an experience that running back Will Shipley will never forget.

“It was like a first experience for me all over again,” Shipley said. “Just looking out there, seeing it dark and it filled from side to side all the way to brim. It's an experience that you can't really explain. You've just got to be in it and appreciate it ,and that's what I did.”

Quarterback DJ Uiagalelei is also a big fan, but he has one request of something he would like to add.

Defensive back Malcolm Greene told the media that he had never seen anything like it.

“It was crazy. It was electric. This was a whole different feel to me of a night game in Death Valley,” Greene said. “The scoreboard was booming. Then the lights flashing. Then we got to the top of The Hill and it was dark. That was crazy. I've never seen anything like that. It's gotta be the best in the country.”