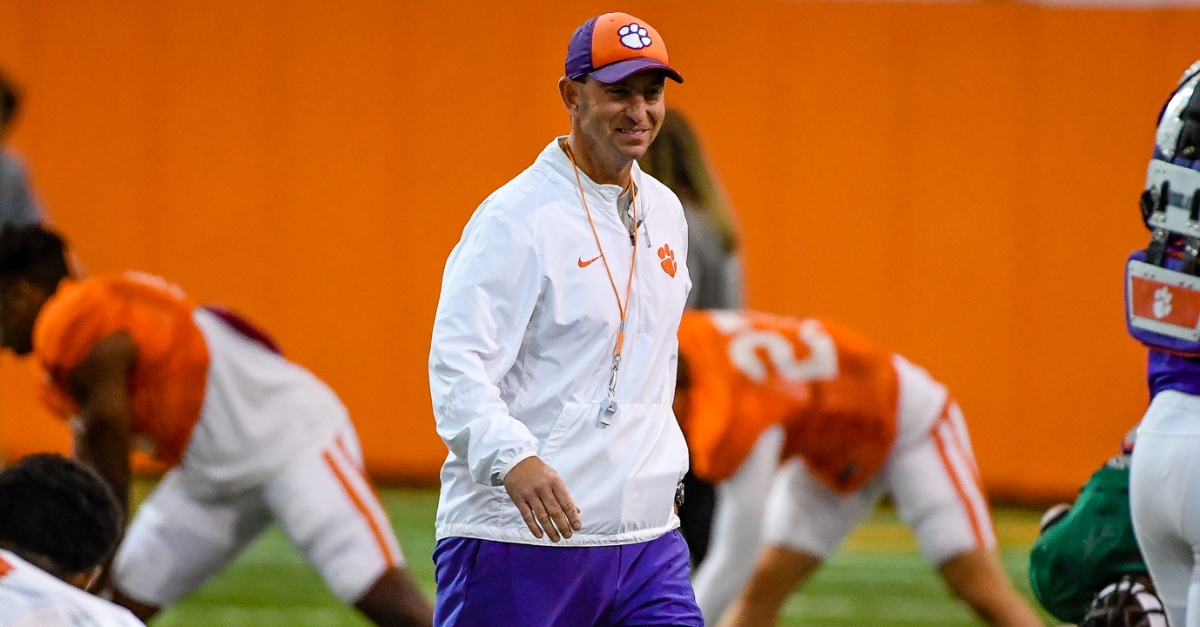 Dabo Swinney has said Clemson will use the portal when needed and that time appears to be now.

For the past decade, it seems everything about college football is changing. The playoff (and possible expansion), bowl game opt-outs, the early signing period (in December), the transfer portal, and NIL (Name, Image and Likeness) deals are among the biggest changes we’ve endured. This year, it seems the transfer portal in particular has impacted Clemson and been a hot topic among fans.

Back in 2018, Clemson lost QB Kelly Bryant to the transfer portal in the middle of the season. That was an anomaly and quite the story. Fast forward to 2021 and Clemson lost four players to the portal during the regular season (Lyn-J Dixon, Michel Dukes, Joseph Charleston, and Paul Tchio). Since the regular season concluded, five more players entered the transfer portal to bring the total number of departing transfers to nine since the start of the season.

For Clemson fans and alumni, it is hard to relate to a student athlete leaving. You may have gone to Clemson yourself and become a part of the community locally or online on sites like this one. Perhaps you met your spouse there and Clemson is forever a big part of your life story. In that context, transferring feels like betrayal, but if you look at it as more of a job in a broader career path, then it makes more sense. We view jobs more like economic transactions and switching jobs for more money – or in this case more playing time and the opportunity to make more money – is normal. With that framework in mind, Clemson should become a net beneficiary.

First, let’s look at the players Clemson lost to the transfer portal: 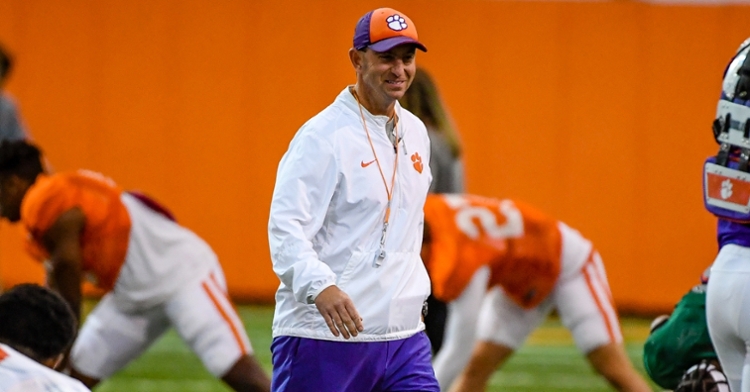 Dabo Swinney has said Clemson will use the portal when needed and that time appears to be now."

You will quickly notice that none of them are headed to Alabama, Ohio State, Michigan, or any other prestigious program. In fact, most are headed to programs that by anybody’s standards are several notches below Clemson. The teams that Clemson’s outgoing transfers are headed to went a combined 19-42 in 2021.

This is the reality of the transfer portal. Aside from the quarterback position, which has its own quirks, the portal is chock full of players not performing at a high-enough level to earn snaps. To get playing time, they are downgrading the teammates they have to compete against by going to weaker teams.

While this may be the most common story for players in the portal, we’re also starting to see the reverse situation – a star player on a bad team looking to play with more talent around him. There is no better example of this than Alabama taking Georgia Tech’s best player, running back Jahmyr Gibbs. Gibbs will go from a good player on a bad team to a potential Heisman candidate. Another example is Virginia’s starting center Victor Oluwatimi, a Rimington Award finalist, who is projected to transfer to Michigan.

Currently in the portal is offensive linemen Hunter Nourzad from Marietta, GA. He went to Cornell for four years and was an AFCA Second-Team All-American this past season. He now appears poised to be join a team in a Power Five conference and attempt to boost his NFL draft stock. He already has offers from Michigan State, Miami, and Iowa.

Congrats to @BigRed_Football senior OL Hunter Nourzad on being named to the @WeAreAFCA All-America 2nd team. The @IvyLeague first-teamer anchored an OL that ranked 5th nationally and set a school record for fewest sacks allowed. #YellCornell

Another interesting player in the portal is Brey Walker. He is a former five-star offensive linemen who spent the past four seasons at Oklahoma. While he never cemented himself as a consistent starter or future NFL player, he still has that five-star upside.

There are also several players that Clemson recruited out of high school like former four-star wide receiver Darin Turner. He hasn’t made an impact in his two years at Arkansas and is looking for a change. Lloyd Summerall, a linebacker who had a Clemson offer coming out of high school, is leaving the Gators after three underwhelming seasons.

While the transfer portal’s benefits seem most obvious for teams like USF who can take in players who couldn’t get playing time at top programs and cast them in a starring role, the positives can be just as big for power programs. They benefit by clearing under-performing players from their rosters and opening up space to try again with another top recruit or incoming transfer. While they may always lose more players to the portal than they take in, they can come out as net winners if they just land a few contributors.

The transfer portal is already starting to help elite programs like Alabama and Michigan. If Clemson begins more accurately projecting roster attrition (i.e., expecting more than a handful of transfers), starts recruiting more players in each class, and supplements with a couple of impact transfers then they stand to benefit from the craze that is the transfer portal.