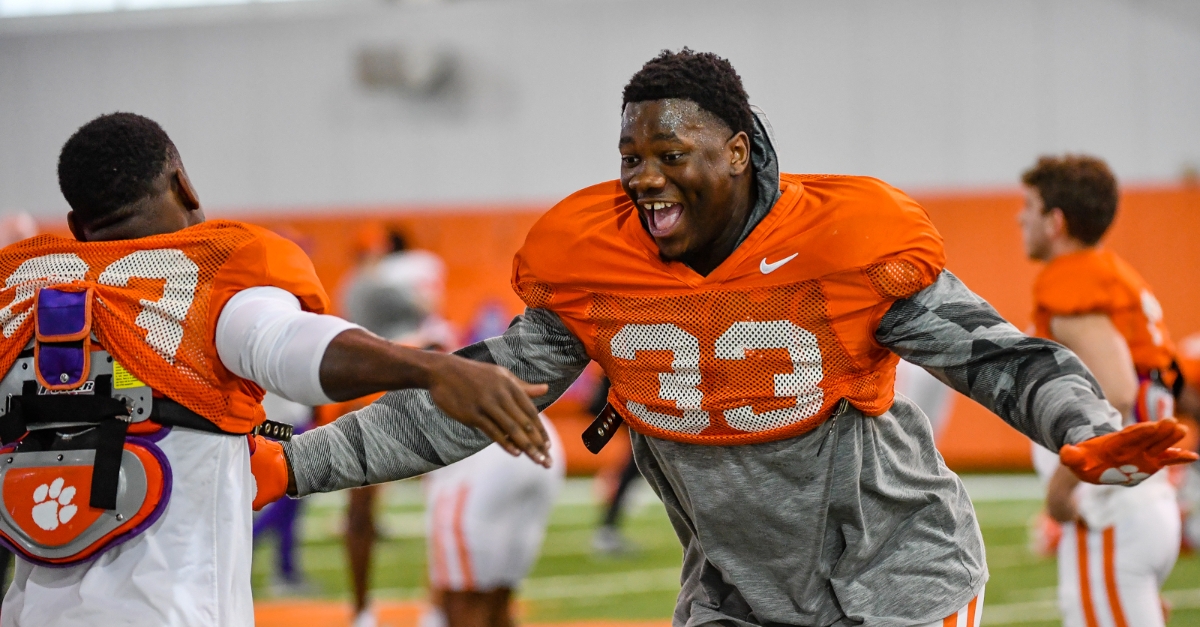 CLEMSON – I walked onto the football practice fields for bowl practice last week, watched the players finish their warm-ups to Christmas music, and a huge smile spread across my face as I exchanged a hug with equipment manager (and Clemson star) David Saville. For one of the few times in almost two years, things felt as close to normal as they have in a long time.

And for those of us who call Clemson home and get to work and be around the university itself and the athletic programs and the many faces that make up the family, a time of gratitude is in order this Christmas season.

The last month has been a whirlwind of news and emotions and the never-ending drama of coaching searches. But as we walked out to watch practice, I saw new defensive coordinator Wes Goodwin, new offensive coordinator Brandon Streeter, and new co-defensive coordinator Mickey Conn working with their charges. I already knew – or had a very strong inkling – that the naming of Graham Neff to Athletic Department – was merely a formality.

And whether you agree with head coach Dabo Swinney’s decisions or not, it was good to have National Signing Day in the rear-view mirror, it was good to have coaches in the fold, and the position of AD seemingly filled. And for the first time in a long time we head into an offseason really not worrying about coaches leaving for other jobs. Those concerns have kept Clemson fans on pins and needles for many Decembers and into January because Jeff Scott, Brent Venables, and Tony Elliott have been hot commodities. There have been offers, and those offers had been refused right up until the point when Scott became the head coach at South Florida.

Since then, it seems like we’ve gotten closer and closer to Elliott and Venables leaving, and those decisions were all part of a perfect December storm that had Clemson’s world reeling.

But it was a chance meeting with Swinney at the Oconee Airport while waiting for Elliott to return from Virginia that started to give a feeling of normalcy. Swinney laughed at the assembled media and called everyone the paparazzi, then said that he would have statements on who would fill the open roles as soon as he felt it was feasible. Then he said that this change was a lot of fun.

The people who were not having fun with what they saw as carnage rather than opportunity were not happy with the comment. But fast forward to that practice and it hit me again that Swinney and the entire coaching staff seem energized. Focused. The players looked enthused and happy. There are times when everyone needs to hit the reset button, and for the Clemson football program, someone not only hit the reset button, they slapped it, smashed it, hit with a hammer, broke it, fixed it, and then hit it again. We’ve had a big old reset.

But now we head to Orlando for the bowl game and even this only hand is excited. No, it isn’t the College Football Playoff. No, the nation likely won’t tune in to see the Tigers and the Iowa State Cyclones, but for a coaching staff that did some of its best work this season in dealing with transfers and injuries, and for the players that stayed the course, this bowl week is a welcome relief and a fitting end to the season.

After the COVID craziness of 2020 and the lack of true bowl trips and after everything 2021 threw at the program, this week is a balm for everyone. The players hit the theme parks Friday after practice and more fun awaits the rest of the week. Even the media gets a free night at TopGolf Orlando, the first time in two years we will have any type of media fun.

Hopefully, the worst is history. Hopefully, we can head into the spring with hopes renewed and with the thought that 2022 will be start again of “the best is yet to come.”

But as I type this, I hear the quiet snores of my two little boys and I can hear my wife Nikki finishing with the gifts they will see in the morning. They don’t care about football, not yet, or about the wins or losses. They care about family, about the cookies we decorated before they went to bed, and about being together and snuggling on a cold winter’s night.

So as we head into this final week of the year, I want to wish all of you the best of holidays, and we here at TigerNet thank you for reading and for being a part of our family. Hug somebody you love today and make sure to tell them you love them.